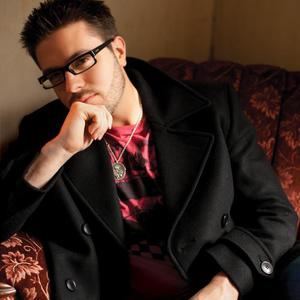 From his days of long hours as a truck driver to his third place finish on Season Eight of American Idol, Danny Gokey has always been a student of life. With an artist's eye for detail and an inquisitive spirit eager to learn from every situation, Gokey has soaked up more life experience than most people twice his age. From the joyful to the heartbreaking, those experiences infuse Gokey's 19 Recordings/RCA Nashville debut, My Best Days, a collection of songs that resonate with honest emotion and tap into the collective hopes and dreams that define life.

In listening to the album, it is obvious Gokey has a strong sense of who he is as an artist and what he wants to say to his audience. There's a focus and a sense of purpose rarely found on a debut disc. ?It's country, but it has a little different edge,? says the Milwaukee native. ?I want to create my own fingerprint, and I want my music to say something. I want to have an emotional connection, but at the same time, I want to make people just have a good time, make them want to dance, have fun and party. I wanted to throw all those emotions in that CD, and I feel like I accomplished that.?

During his tenure on American Idol, Gokey impressed the judges with his versatility as he performed hits by The Temptations, Carrie Underwood, Michael Jackson and Rascal Flatts, among others. As he continued to rise through the ranks of Idol hopefuls, it became increasingly clear that Gokey was blessed with a voice that could sing any style of music and turn any song into a compelling moment. So why did he choose a career as a country artist? ?I felt like I could be myself,? he says matter-of-factly, and admits he got some career advice from someone he respected. ?Randy Travis was a mentor for American Idol, and he asked me, ?Have you thought about country? You really need to, because people would love you and the amount of soul that you could bring to country. You bring a uniqueness to it.'?

Gokey is still somewhat surprised and humbled by the encouragement he got from one of his musical idols, and says the overall American Idol experience helped him define who is as an artist. ?As the show progressed, I started to find myself and started to hone in on who I want to be, what I want to be, and what I want to represent,? Gokey relates. ?The thing that I identified with the most was the message. When I sing, I want to sing something passionately, and I want to sing something that has a lot of meaning to me. I always found that in country. I want to be known as a country singer the rest of my life.?

Gokey's life before American Idol embodies the themes that populate the country music lexicon, from his humble roots in a poor but loving family to his hard-working days as a truck driver to the loss of the person most dear to him: his wife, Sophia. Life has prepared Danny Gokey to sing country music.

Born the fifth of six children, Danny grew up in a family that was often short on cash, but long on love and encouragement. His parents were music fans and introduced their children to a variety of sounds including Motown, jazz, and country. ?My first CD was Wynonna Judd, and I loved it. I love her,? Gokey gushes. ?She had this soul that went into it, and you just felt the music when it played, and the first single that I bought in my life was Tim McGraw's ?Don't Take the Girl.' I listened to that song, and it made me want to cry. Vince Gill is another one of my favorites.?

Like many artists before him, from the legendary Aretha Franklin to Platinum-selling rock band Switchfoot, Gokey can trace his musical roots to the church. While working in the music departments at two different churches, Gokey also logged hard days as a trucker. ?I drove an eighteen wheeler semi-truck, a big rig,? he says. ?I liked it actually. Was it what I wanted to settle with for the rest of my life? No, because music was where my passion was.?

His wife encouraged Danny to give American Idol a shot, but just a month before the audition, Sophia died unexpectedly after what should have been a routine heart surgery. The couple had been high school sweethearts, and Danny was devastated. He found solace and healing in music. ?Music was the key place where I would go, and I would let the sorrow come out, let the tears just roll. Some music I would listen to had a determination in it, and I resolved that this is not going to be the thing that destroys me for the rest of my life. It can be turned into a building block, and I can become a better person for it. Music brought healing. That's how I got through and still get through it today.?

Knowing firsthand the power of music, Gokey entered the studio determined to craft a debut album filled with songs that matter. ?I definitely have something to say with this album, and I think people will recognize that,? he says. ?Music was the catalyst that helped bring healing, a determination and a resolve. That's why I want to do music. I want to bring that same hope. When my wife passed, I tried out for American Idol, and music brought me hope. It brought me a reason to live again. Now I want to bring that into my music.?

Working with producer Mark Bright, well known for his work with Carrie Underwood and Rascal Flatts, Gokey has crafted an album filled with memorable, meaningful songs, penned by some of the industry's top songwriters. Veteran tunesmiths Marv Green and Kent Blazy penned the title track and first single, ?My Best Days Are Ahead of Me.? It's a buoyant look toward a brighter future, an optimistic anthem sure to be adopted by all who believe in better days ahead.

?I Still Believe? is a groove-oriented number co-written by American Idol judge Kara DioGuardi. ?It's Only? is a powerful call to action that illustrates some of life's challenges and encourages us to make a difference where we can. Penned by Tom Douglas and Lady Antebellum's Charles Kelley and Dave Haywood, the song is a compelling ballad that demonstrates the range and emotional depth in Gokey's soul-drenched voice.

?I Will Not Say Goodbye,? written by Lari White, Chuck Cannon and Vicky McGehee, is a poignant ballad that Gokey says he just had to record. ?That song just totally represents what I felt when my wife passed away,? says Gokey, who has launched a charitable foundation, Sophia's Heart, in his wife's memory. ?Sophia's Heart got started because I wanted to keep her legacy alive.?

Though there are songs sure to make listeners stop in their tracks and examine their priorities, there are also several that will inspire fans to roll down the windows and sing along. ?Life on Ya? and ?Get Away? are infectious slices of fun, and ?Crazy Not To? captures the exhilaration of falling in love. ?You don't want people to feel overwhelmed with one certain thing,? Gokey says of balancing the meatier songs with more fun fare. ?You want them to experience different things, and I think we accomplished that. At one point, I said, ?I want fun, fun songs!' You want to be very balanced, and I feel like we did a good job at that. Sometimes I want to have fun just for no reason.?

Poignant, rowdy, thought-provoking and smile-inducing -- Danny Gokey's debut album is all those things and so much more. It's a reflection of life's peaks and valleys from a young man well acquainted with both. ?I'm very proud of this CD. Every song has something to say,? he relates. ?We're all human, and human beings are made up of so many different aspects. We want to be entertained, but we also want to be inspired, and music is a universal language.?

The Greatest Gift: A Christmas Collection

Haven't Seen It Yet

Hope in Front of Me