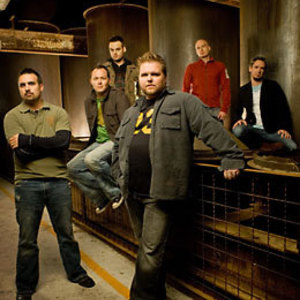 MercyMe is an American contemporary Christian band, originally formed in Greenville, Texas in the mid-1990s. The band signed with INO Records in 2001 and released their first album, Almost There, which propelled them into the mainstream spotlight with the smash hit "I Can Only Imagine". The album went on to sell more than 2 million records in only three years and earned the band an American Music Award nomination.

In 2002, the band released their popular second album, Spoken For, which produced two more Top 10 hits. The combined success of the band's first two albums garnered a nomination for the Favorite Contemporary Inspirational Artist at the American Music Awards.

In 2004, MercyMe released Undone which produced two Top 10 hits: Here With Me which also hit Billboard's Top 100 chart that same year, and In The Blink of an Eye which, as of the end of 2005, was at #5 on R&R's top Christian hits. In 2005 they also released their Christmas album titled The Christmas Sessions.

In 2007, MercyMe released their newest album, All That Is Within Me, which debuted at #15 on the Billboard Top 200 Chart.

In 2010 they released The Generous Mr. Lovewell. The album debuted at number three on the Billboard 200 and number one on the Christian Albums chart.

August 30, 2011 they released an album titled The Worship Sessions; it's currently exclusive to Family Christian Bookstores and can not be found on iTunes or Amazon.

The The Hurt & The Healer Songfacts says that their eighth major label studio album, The Hurt & Tye Healer, will be released on May 22, 2012. The record was produced by Brown Bannister and Dan Muckala and is centered around the concept of bringing healing to the hurting.

I Can Only Imagine - The Very Best Of Mercyme (Deluxe Edition)

Welcome To The New