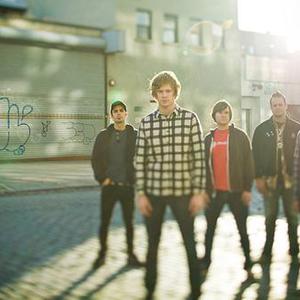 Relient K is an American rock band formed in 1998 in Canton, Ohio by Matt Thiessen (lead vocals, guitar, piano), Brian Pittman (bass), and Matt Hoopes (guitar, backing vocals), during the band's junior year in high school and their time at Malone College. The band is named after guitarist Hoopes' automobile, a Plymouth Reliant K car, with the spelling intentionally altered to avoid trademark infringement over the Reliant name.

In 2000, Dave Douglas replaced Stephen Cushman on drums. In 2004, John Warne, formerly of Ace Troubleshooter replaced Brian on bass guitar. In 2005,Jon Schneck joined on with additional guitars, as well as banjo, bells, and backing vocals. In 2008, Ethan Luck, formerly of The O.C. Supertones and Demon Hunter replaced Dave on drums.

The band has released 9 albums, including 2 Christmas albums, as well as 6 EPs, and some other miscellaneous projects. Starting in 2000 with their second album, Relient K was signed to Gotee Records, a Christian record label. In 2004, their album MMHMM shot them into mainstream popularity when it released at #15 on Billboard 200, and was released on Gotee, Mono vs. Stereo (both Christian record labels), as well as Capitol, a secular label. They stayed with Gotee/Capitol until 2007, and their album Five Score And Seven Years Ago released at #6. Their latest album, Forget And Not Slow Down was released in 2009 with Mono vs. Stereo. The band has done very well in both the Christian and mainstream music industries. The band has received numerous awards including a Grammy Award nomination in 2003 for Best Rock Gospel Album and two Dove Awards. The band has sold over 2 million records, with three albums being given gold certification by the RIAA.

The band's musical style has changed over the years, starting off as very pop-punk, and maturing into a unique sort of pop-alternative-rock, with many songs varying in style, and some including acoustic guitars, piano, banjo, synths, bells, etc. Through the years, their lyrics and songwriting have matured, but they have not lost their silly side and sense of humor. They still often reference their Christian faith throughout their songs.

Is For Karaoke (EP)