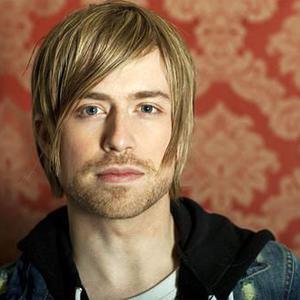 Texas native Bryce Avary, the singer/songwriter/multi-instrumentalist/producer mastermind behind The Rocket Summer, has accomplished enough for someone a lot older, as he prepares to record his fifth full-length studio album. ?We're not talking simple acoustic solo stuff here. The music Bryce Avary makes as The Rocket Summer is lush, explosively catchy and artful power pop that hints at a new Brian Wilson or Prince in the making. Keep an eye out on this one.? - AustinCityLimits.com

Since launching his career as a 16-year-old with the independently released The Rocket Summer EP, a name he took from a Ray Bradbury short story, Bryce has toured around the world, selling out venues not just in the US, but Canada, the UK, Australia, and Japan, while playing such noted events as UK's Glastonbury Festival, Scotland's T in the Park, Japan's Summer Sonic Festival, Australia's Soundwave Festival, Austin City Limits, SXSW, Bamboozle, Cornerstone and the 2007 and 2010 Vans Warped Tour. ?I try to write songs the whole world would want to sing along to but I also want to make an album of genuine and honest songs written from my heart that musically and lyrically are better than anything I have done before and above all will be an album that would hopefully move and affect people. For me it's all about focusing everything you have on making the greatest music you can without banking on anything else. I'm grateful to be doing this and I want to do this for the right reasons."??

For someone as spiritually motivated as Avary, that means he focuses on the struggles and victories of life's often-challenging journey in his most recent release on Island Def Jam Records titled Of Men and Angels as well as on the current album he is recording. Of Men and Angels was release in February 2010, and debuted as the No.1 Album on iTunes surpassing The Black Eyed Peas' The E.N.D., which had previously held the No.1 spot for Top Album. The album debuted #38 on the Billboard 200 and # 4 on the Billboard Top Rock Albums charts. This is just one instance of how Avary's loyal hardcore fan base has supported The Rocket Summer throughout the years. This also explains the kind of viral following that turned the video for ?Do You Feel? into an Internet phenomenon. With guest appearances by Paramore, Relient K, All Time Low, Jack's Mannequin, Forever the Sickest Kids, MxPx, Hellogoodbye, the music video led to the album version of the song being played more than 4 million times on The Rocket Summer's My Space site. The album Do You Feel hit #44 on the Billboard 200 and #16 on the Billboard Top Rock Albums charts and has sold over 100,000 copies in the US alone. ?We're definitely aware of the kind of connection we have with our fans and I'm just fortunate to be a part of it.??

His albums and live shows are all about positivity, optimism, sing-a-longs, excitement, and overcoming our struggles.?The Rocket Summer has toured with The Goo Goo Dolls, OneRepublic, Paramore, Relient K, The All-American Rejects, Copeland, All Time Low, The Ataris, Something Corporate, Plain White T's, Hellogoodbye, Phantom Planet & many others.

?I like the term ?young veteran,'? says Avary. ?We have this loyal, hardcore following and I couldn't be more grateful for this. I keep pushing myself forward, trying to make great records, trying to put on the best live performance I can, all the while expanding The Rocket Summer to as far as it can be taken.?

Life Will Write The Words

Bryce Avary, His Instruments And Your Voices

Of Men And Angels