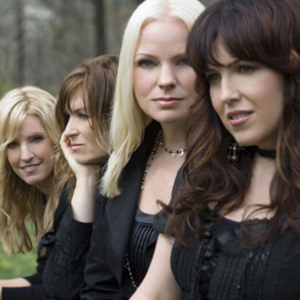 Point of Grace is a group of Christian pop music singers and authors. This all-ladies trio consists of Shelley Breen, Denise Jones, and Leigh Cappillino. The group started out as a quartet in 1991, with original members Breen and Jones, as well as Terry Jones and Heather Payne. In November 2003, Terry Jones decided she needed to spend more time with her family after giving birth to her third child, and left the group, with Cappillino joining in March 2004 for their 2004 release I Choose You.

In June 2008, Payne announced her retirement from the group, in order to spend more time with her husband and four children.


In 1998, they added a touring band, with Cappillino's husband, Dana, and Tommy McGee as permanent band members on guitar and on bass, respectively.


In 2006, former Avalon member Michael Passons added his work to the group's live show, usually opening the set with a few solo songs and backing the group on keyboards.


The group's debut self-titled album was released in 1993; since then, they have been recognized as one of the top Contemporary Christian music bands in the United States. In 2003, they released their ninth album, 24 - a compilation of their 24 consecutive #1 radio singles. To this date, no band in any genre has matched this record. As of 2006 the girls have 27 #1 radio singles.


The group has started a conference for young girls, the Girls of Grace series

How You Live (Deluxe Edition)