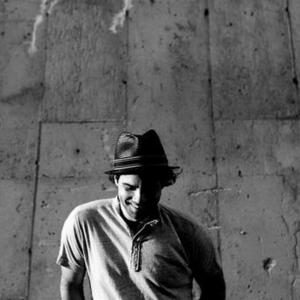 Zach Williams comes from Georgia and his music comes from childhood bike rides down steep hills, the valleys of real tragedy, the rivers of hope pushing you on, sincere prayers, wind chimes on a back porch where grandfathers rock in silence, the back of cereal boxes on Saturday mornings, rust and shadows in an old barn, wet pavement after rain in the city, a string full of caught fish, the advice of generations before, the way love will surprise you in someone you've known for years, a bullheaded grip on lifelong friendship, and the offering of an open hand.

Zach was a late bloomer as songwriters go and didn't perform his first song publicly till near the end of college. That was in West Palm Beach in 2004 and the reception to this new artist was as warm as a south Florida summer night. The music and Zach have been growing ever since. His first band developed quite a loyal following in West Palm, recorded their first self-titled album, and hit the road for a short tour of the southeast. The pull of being at different stages in life led the original band to part ways in Florida, but Zach carried the music and the spirit with him. It was the beginning of something.

Zach began to pull from the corners of his life, to weave fact and fiction, to pound out melodies from the backs of memories, and as life took him north he chose to root the expression of his music in the south that had formed him, the faith that sustains him, and his friends. He stumbled upon a sound that is both soulful and penetrating.

Zach currently resides with his wife Stacy in Brooklyn and would tell you that his music represents the communities he has had the privilege to pass through, experience, and the ones he is still holding on to. His voice carries layers of Otis Redding, Aretha Franklin, and Adam Duritz. The blend is refreshing and above all honest. Zach has formed a new band since arriving in New York. The band's Americana folk sound drifts towards all out rock n roll at moments and Zach performs as if he is strapped to the front of a freight train. Zach and the band's crowning achievement thus far is crafting a live show that is both approachable and yet coursing with adrenaline. You can dance to it too. It leaves you feeling like you have spent the evening hearing the stories of your close friends.

Zach brings and open and collaborative spirit to the music he makes. He invites listeners to come in and live for a while in his songs, to take what you can and leave what you will. His music is not complete without the people who shape it, the people who are shaped by it, and God who holds it all together.

I Don't Want Christmas To End