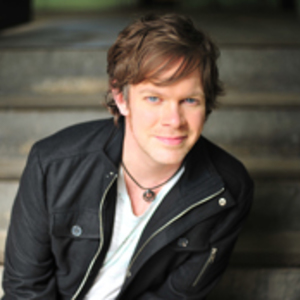 The thing about getting to know Jason Gray is that you immediately want to share him with other people. In that way Jason is a lot like a good movie, or a great book, or some barely discovered band whose music makes you remember what it was you liked about music in the first place. Which brings us full circle, because Jason's unique brand of emotional, thought-provoking, alternative-pop is that sort of music, and listening to it isn't much different than having Jason Gray sitting in your living room and telling you what's on his mind.

In either case, you really wish there was someone else there to share it with.

When Jason inked a contract with Centricity Music in 2006 after a run of more than a decade as a hard-touring indie artist, he did so after a lot of soul-searching, wondering how his highly relational artistry would translate to a broader audience. Now with the release of his second studio album for Centricity, Everything Sad Is Coming Untrue, that tension can probably be laid to rest. What emerges on the new project is a thought-provoking collection of artful, emotional and radio-friendly tunes that achieve a high level of accessibility without sacrificing any of Gray's personality or creativity.

?Pop music has gotten a bad reputation over the years as being fluffy and insubstantial,? Jason acknowledges, ?so I came into this project asking ?What if I could aim for writing intelligent and weighty lyrics with a pop discipline?' Admittedly, that's the hardest kind of song for me to write--to take my passion for ideas and lyrics and pare it down to a 3 ? minute pop song. Just about every song I wrote had three verses and Jason Ingram was always pushing me to drop one of them. But he was right and the songs are better for it.?

Jason Gray's songwriting has consistently earned the respect of his artist peers, largely for his uncanny ability to absorb images, emotions and truths from a variety of sources: theology, literature, relationships, his own struggles, pop culture, poetry, etc., and to pull together those diverse strands into a unified whole. Over the years he has developed a razor sharp knack for saying deep things in a way that the rest of us can relate to. But that process doesn't always come easily. In fact, it was only after a monumental, two-year struggle with writer's block that the songs on Everything Sad Is Coming Untrue finally began to pour from Jason's guitar and pen.

?My last record was called ?All The Lovely Losers' and it had a lot to do with brokenness,? Jason explains. ?I thought the logical place to go on the new project would be to explore what to do with your brokenness, which I think all begins with confession. But after fighting so long for songs, I finally released myself from my own agenda and just let the songs come as they saw fit, and while confession remained a part of it, a larger theme began to emerge unconsciously. It seems that the thread that ties these new songs together is renewal, and since it wasn't a theme that was premeditated, I find myself listening to my own songs in a way that I haven't before ? trying to discern what they're trying to tell me about myself, my longings, and fears at this time in my life.?

One such standout song on Everything Sad Is Coming Untrue is the R&B textured (and highly autobiographical) "More Like Falling In Love"?a track which goes beyond a good groove and a strong hook, managing to connect head and heart with a lyric that has profound theological depth.

?'More Like Falling In Love' explores the difference between religion and relationship,? Jason says. ?I think we're often in danger of reducing Christianity to information ? a series of facts that you must know and believe in order to be saved. It's important for us to rigorously pursue good theology, to be sure, but it seems clear that when the scriptures talk about believing it's talking about more than just facts and has more to do with trust, affection, and relationship. It seems so obvious, but even I need to be reminded that a relationship with Jesus Christ should look less like intellectual assent and more like falling in love.?

That same desire for intimacy with the Creator is expressed with great honesty in the earnest lyric and soaring melody of "For The First Time, Again". The song was born out of Jason's experience sitting in a chapel, watching kids respond to an altar call, and feeling an overwhelming urge to join them.

?My faith suddenly felt old and tired,? Jason remembers, ?and I awoke to a deep longing to be new again, to return to my first love, to experience again what it was like to fall in love with Jesus for the first time, to be born again again. I realized I had taken back part of my heart from Him because my heart was wounded by disappointments and wearied by years of working with the church whose representation of Christ was often miserable. So I prayed in my hardened little heart, telling Jesus I wish I could come to him for the first time again, and He slowly began to answer that prayer as I discovered that His mercies might still be new every morning, if only my heart would open to them again.?

Related images of renewal are woven through this new crop of Jason's songs. His fixation with the notion of redemption probably has its roots in his own history as a kid with a chronic stutter growing up in an abusive home?a kid who eventually made the radical discovery that his weaknesses were nothing to hide, because in them God's grace and strength were most perfectly revealed. The title tracks of Gray's new project (yes, there are two title tracks?) reveal the lengths to which the artist believes that redemption will go, not only in his own life, but in all of creation.

?Everything Sad Is Coming Untrue was the most difficult song I've ever written,? Jason admits, ?all 5 times that I wrote it! It's about renewal, both the longing for it and the promise of it. The inspiration came from a quote of Samwise Gamgee in ?The Lord Of The Rings' and the beauty and truth of it captured my imagination and wouldn't let me go. The trick was trying to express an idea that meant so much to me in a way that might mean something to others. My wife was the litmus test. I kept working on the songs for over a year until I arrived at two versions of it that when I played them for Taya she said, ?I get it now? that's it.' My wife's tears are the biggest stamp of approval on a song, because she knows me too well to be impressed by any of my parlor tricks.?

Venturing into new territory, Jason also challenged himself to pen a worship song for this record, albeit one with a twist. "Does It Fade With Our Voices" isn't so much aimed at eliciting a song of praise, as a life of worship and sacrifice lived unto the glory of God.

?As I've gotten older my view of worship has less to do with the songs I might sing on Sunday morning and more to do with the kind of life I live,? Jason explains. ?If we truly want to bring God the glory and honor we always sing about, I think we do so by the way we live our lives: the kind of spouse, parent, or friend that we are, the way we serve Jesus by serving the least of these. So Jason Ingram and I set out to write a song that on the surface might feel like other worship songs you might sing on a Sunday morning, but lyrically is saying something new that we hoped would broaden our understanding of what worship could be.?

Heavily involved with World Vision, summer youth camps, and other ministry opportunities, Jason seeks to live a life that increasingly reflects the sort of worship and service he writes about. In fact, if the songs on Everything Sad Is Coming Untrue are any indication, Jason Gray seems to stake everything on the hope that our hearts, our lives, even our wounds and brokenness, will find complete renewal in that massive story of redemption of which each of our lives are a part.

?The resurrection would be meaningless without the cross,? Jason offers. ?The weight and essence of all that we hope for is given shape, in part at least, by all that seems hopeless around us. The beauty of everything sad coming untrue isn't just that God wipes the slate clean, but that somehow he rearranges the slate. Things went wrong and sadness was overwhelming ? unbelievably so at times ? but slowly and surely the sadness became a part of our salvation and in that way became untrue, as the power of the sadness to define our lives gave way to something more overwhelming, more unbelievable, and truer still: Love.?

Where The Light Gets In

Love Will Have the Final Word

A Way To See In The Dark (Special Edition) CD2

A Way To See In The Dark (Special Edition) CD1

Everything Sad Is Coming Untrue