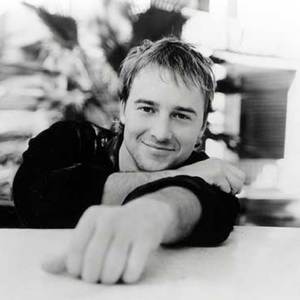 Jeffrey Stephen "Bebo" Norman (born May 29, 1973) is a contemporary Christian musician from Columbus, Georgia, USA. His most successful album to date is Myself When I Am Real, which included hit songs "Great Light of the World" and "Falling Down". Other popular songs by Norman include "Disappear", "Nothing Without You", "I Will Lift My Eyes", and "Borrow Mine". He initially gained popularity when touring with another Christian band, Caedmon's Call. Norman's fans call themselves Simpletons. Norman is married to Roshare Finecey.

Norman was originally involved in Young Life Ministries and gained a considerable fan base by performing at the summer camps there. This has drawn parallels to musician Matt Wertz and producer Ed Cash (Chris Tomlin, Amy Grant), both who gained fame through their involvement with Young Life. Upon releasing Big Blue Sky, his third album, Norman included a slip asking for donations to the organization. His song "Walk Down This Mountain" is about an experience at Young Life's Wilderness Ranch.
Norman released Between the Dreaming and the Coming True in September 2006. The tour in support of this album featured Christian music newcomers Aaron Shust and Brandon Heath. Norman is a graduate of Presbyterian College in Clinton, South Carolina. His song, "To Find My Way To You" was used on various promos for the CBS sitcom, The Class.

Bebo's single called "Britney" is written to Britney Spears, and is featured on Norman's ninth studio self-titled album. Recently (2007?2008) Bebo has appeared with several notable Christian artists on tour as they present Andrew Peterson's "Behold the Lamb" concerts during the Christmas season.

Bebo Norman's new album, "Ocean", released on September 28, 2010. It's a personal album, according to Norman, that covers the discovery of his true identity and the battle between fear and faith. The singer/songwriter told CBN.com that he hopes "Ocean" causes listeners to "look internally? at where they draw their own identity from. It's worth wrestling with who we are, where we draw our value from, and where we draw our life from and .... refocusing on the source of whatever season of life we are in rather than focusing on the season itself."

Christmas... From The Realms Of Glory (Extended Edition)

Great Light Of The World: The Best Of Bebo Norman