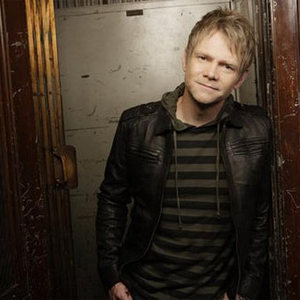 Steven Curtis Chapman (born November 21, 1962 in Paducah, Kentucky) is one of the most influential singer/songwriters in contemporary Christian music. He was first signed on to a songwriting deal in the early 1980s, based upon the strength of his song "Built To Last" which was recorded by popular gospel group The Imperials. Shortly after, he signed a record deal with Sparrow Records, where he rose to prominence.

He and his wife Mary Beth have three biological children, (Emily Elizabeth, Caleb Stevenson, Will Franklin) and they adopted three Chinese girls (Shaohannah Hope Yan, Stevey Joy Ru, Maria Sue Chapman). They are also recognized advocates for adoption. Together, they founded Shaohannah's Hope, a charity organization which offers grants to qualifying families to help defray the cost of adopting, at home and abroad. Both were awarded the Angels of Adoption award by a Congressional Committee for adoption in Washington, D.C.

Chapman's five-year-old daughter, Maria Sue Chunxi Chapman, was killed in a tragic accident on May 21, 2008.[7] Maria was accidentally hit by her older brother Will, driving a Toyota Land Cruiser pulling into the driveway of their home in Franklin, Tennessee after coming home from a play audition, according to Tennessee Department of Safety spokesman Mike Browning. Maria was pronounced dead upon arrival to the hospital.

The entire family was preparing to celebrate their eldest son Caleb's graduation from high school and their daughter's engagement just hours before the accident. A spokesman for the Tennessee Highway Patrol termed it "a terrible accident," and no charges were filed.

Maria was the youngest in the family, and one of three daughters adopted from China by Steven and his wife, Mary Beth.[8] During the memorial service for Maria, in which Pastor Scotty Smith preached, the family expressed their faith in God and their love for each other.[9][10]

In the aftermath of the tragedy, the Chapman family began to speak publicly about their loss and the role that faith played in it all. They appeared on Good Morning America, Larry King Live and in People magazine.[11][12] Maria was buried in her flower girl dress as she along with Stevie Joy was going to be a Flower Girl in Emily's wedding in October.

The Do Everything Songfacts states that three years later the Christian singer-songwriter released re:creation, a collection of fresh versions of some of his most memorable tunes from the past plus six new songs. The record was an opportunity to communicate that he and his family believe God is recreating many wonderful things in their lives after their tragic loss.

Chapman and his sons recorded under the name of "Stevenson" for the 2003 Veggie Rocks CD. (Song: "I Love My Lips," VeggieTales). Chapman starred in the 2003 film Christmas Child.

Deeper Roots: Where The Bluegrass Grows