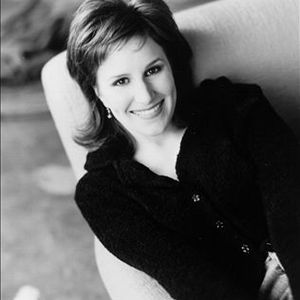 Susan Ashton (born July 17, 1967 in Irving, Texas), born as Susan Rae Hill, is a best-selling and award-winning Christian adult contemporary singer who topped the Christian charts throughout the 1990s. In 1991 she began using her mother's maiden name Ashton when she recorded her first single, to distinguish herself from Kim Hill. Since 1999 she has been recording for the major label Capitol Records.

Her debut 1991 Christian contemporary music (CCM) album Wakened by the Wind became the top-selling debut in the history of the Sparrow Records label, with Ashton repeatedly reaching number one in the Christian charts that year. She received a Dove award for New Artist of the Year and won a CCM readers and reporters poll for Best New Artist.

In 1992 her second album, Angels of Mercy produced four CCM number one singles and was nominated for a Grammy in the Best Pop Gospel Album category.

Ashton won the 1993 CCM readers award for Favorite Inspirational Album and a reporters poll for Best Female Artist. She married John David Cunningham in 1993 as well.

With her 1999 major label debut release on Capitol, she widened her audience even further when in 2000 she debuted on the PBS music television program Austin City Limits.

She also charted in 1999 on the country music charts with "You're Lucky I Love You", a single which peaked at #38.

So Far: The Best Of Susan Ashton Vol. 1

Wakened By The Wind