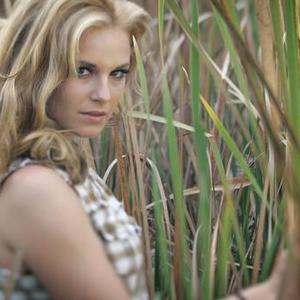 Kristy Lee Cook is wild at heart. Her untamed spirit comes through in everything she does, whether she's singing her heart out onstage or in the studio, riding her favorite horse or hunting in thick woods for her hit TV show. That passion guided her as she packed ?em in for years on end at the Dallas nightclub Cowboys, found sudden fame as a finalist on TV juggernaut American Idol, scored a hit with her song ?15 Minutes of Shame??and now, as she prepares her first album for Broken Bow Records.

Cook, who often cited Jason Aldean as her favorite current artist during her Idol appearances, is thrilled to now share a record label home with the superstar. ?This was the dream label for me to be on, so it worked out for the best,? she says. ?When I knew I was signing with them, I freaked out. I have a really good feeling in my gut that this will be home.?

Following her gut has always served Cook well. She grew up in Selma, Ore., to a family that encouraged both of her great passions: country music and horses. ?I was brought up really strong in my beliefs,? says Cook, whose major influences include Garth Brooks and Shania Twain. ?My family definitely keeps me grounded?and the horses help, too.? Her love of the outdoors can be seen weekly on the Versus network series Goin' Country, which showcases both her hunting skills and her musical talent. Cook is now hard at work writing songs for her Broken Bow debut with proven tunesmiths such as Dean Sams of Lonestar and Amy Dalley. ?It's rockin' country, but I have great ballads, too,? she says of her new music. ?It's the music that I've always wanted to sing, I've just never had a shot at singing it.?
Now she has that shot, and she's determined to make it count. ?This is the first chance that I've been given to be the artist that I believe I can be,? she says. ?I'm hoping that everybody's going to like the real me.?