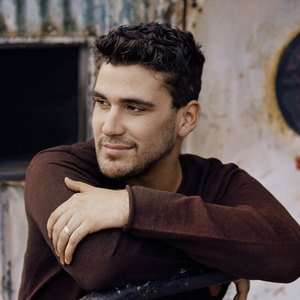 From the beginning, Josh Gracin has distinguished himself by walking to his own drumbeat. He first entered America's homes as one of the most charismatic and distinctive performers in the second season of American Idol, the first to bring country music to the pop-oriented hit show. Still, Gracin earned his record deal the old-fashioned way. He stood in the offices of Disney's Lyric Street Records in Nashville and, in front of a room of record executives, performed solo. An offer for a recording contract immediately followed.

The rest is when the real story of Josh Gracin begins. His Gold certified debut album introduced him with the top hit singles ?I Want to Live,? ?Nothin' to Lose? and ?Stay with Me (Brass Bed),? while his electrifying live shows thrilled and energized crowds everywhere. ?It's been an amazing couple of years,? says the broad-shouldered former Marine. ?Country radio and the fans have been really receptive and encouraging and I'm excited to take this next step.?

With a sophomore album on the horizon, the young star known for his energetic stage performances made sure his new work focused on his strengths: live-wire, rocking country that blends wit and wholesome fun; and songs that celebrate the down-to-earth lifestyle that Gracin pursues and personifies. ?My life has changed a lot in a few years, but I haven't changed,? the singer says. ?I have a family that keeps me grounded. For me, it's all about the music. I just want to get out there, help people have a good time and play some great music for them.?