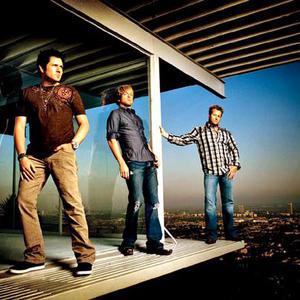 They have also released twenty-seven singles on the Billboard Hot Country Songs charts, including ten Number Ones. A cover of Tom Cochrane's "Life Is a Highway", from the soundtrack to the 2006 Disney film Cars, also entered the country music charts from unsolicited airplay. Their longest-lasting Number One is "Bless the Broken Road" (late 2004-early 2005) at five weeks, while their biggest crossover single is "What Hurts the Most", which topped both the country and adult contemporary charts in 2006, and was a Top Ten pop hit. "Banjo", their most recent one, was released to Country radio on January 9, 2012. (Banjo Songfacts ).

In early 2000, the group made their debut with their single "Prayin' for Daylight". This song, which reached #3 on the Billboard country charts. This was the first of four consecutive Top Ten hits from their self-titled debut, which was issued in early 2000 on Lyric Street.[2] Following "Prayin' for Daylight" were "This Everyday Love", "While You Loved Me" and "I'm Movin' On", which respectively peaked at #9, #7, and #4 on the country charts. "I'm Movin' On" was awarded Song of the Year by the Academy of Country Music in 2002.

History: Rascal Flatts were founded near Columbus, Ohio. Gary LeVox and Jay DeMarcus were second cousins from a musical family. DeMarcus's brother-in-law, James Otto, is also a country music artist. DeMarcus moved to Nashville in 1992, earning his first record deal as part of a Christian group called East to West. In 1997, he finally convinced LeVox to leave behind his job with the Ohio Department of Mental Retardation and follow his musical dreams as well.

DeMarcus soon joined Chely Wright's band, and there he met Joe Don Rooney. DeMarcus and LeVox were working in a Printer's Alley nightclub, and when their part-time guitarist could not make it one night, DeMarcus invited Rooney to sit in. Eventually, they took the name Rascal Flatts and began performing together, getting signed to Lyric Street Records in late 1999.

The band was recently announced that they have celebrated 10 years of being one of the hottest country bands of the decade.

Back To Life (CDS)

Back To Us (Deluxe Version)

Yours If You Want It (CDS)

The Greatest Gift Of All

The Best Of Rascal Flatts Live