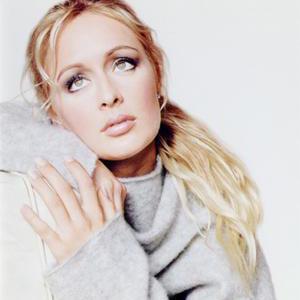 Malinda Gayle "Mindy" McCready (b. November 30, 1975, Fort Myers, Florida) is an American country music artist. McCready began singing in church at age 3, and began seven years of formal opera training at age 9. She graduated from high school with honors in 1992 at the age of 16, with the intention of beginning an early musical career. When she was 18, she moved to Nashville, where she was signed by BNA Records (a label of Sony BMG Music Entertainment). Her debut album, Ten Thousand Angels, was released on April 30, 1996, and was certified gold six months later.

When she was 18, she moved to Nashville, where she was signed by BNA Records (a label of Sony BMG Music Entertainment). Her debut album, Ten Thousand Angels, was released on April 30, 1996, and was certified gold six months later. The album gave her international fame and produced her two biggest hits, ?Ten Thousand Angels? and ?Guys Do It All The Time?. McCready also appears with Lorrie Morgan, Sara Evans, and Martina McBride on CMT's Girl's Night Out special. Mindy then released the next year "If I Don't Stay The Night." It spawned 3 singles, "What If I Do", Other Side Of This Kiss", and "You'll Never Know." Overseas "O Romeo" was released. None were very successful. Still the album sold over 500,000 copies, and went Gold. In 1999 McCready released "I'm Not So Tough." The first single released was "All I Want Is Everything." When it failed to break the top 50, BNA Records and Mindy went separate ways, said to be over creative differences. After the split the album received little promotion and became a commercial failure.

In April of 2000, she was signed by Capitol Records. She released a self-titled album with Capitol in 2002 to disappointing sales, and was dropped by Capitol later that year.

McCready was once engaged to actor Dean Cain. In 2005 she appeared on The Oprah Winfrey Show and spoke of her problems with domestic abuse, depression, and drug abuse. Mindy McCready admitted her ex-boyfriend Billy McKnight had beat her frequently and they had a tumultuous relationship, and that she had tried to commit suicide. She also revealed that she had seen her ex-boyfriend Billy McKnight recently and that she needs help. Her father was on the show and said that she is often in denial about her problems and that he wanted her to get help and supported her. She also spoke of how growing up her mother wasn't very loving and encouraging and as a result McCready suffers from poor self-esteem. She is now known mostly for her trouble with the law. Talking to Oprah Winfrey, McCready hoped that her story would encourage and help others, even if it's only one girl in the world. "You know what we're all hoping?" Oprah said to Mindy. "That you are that girl."

I'm Not So Tough

If I Don't Stay The Night