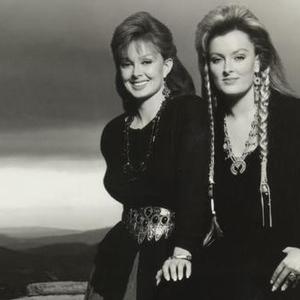 Naomi Judd was born Diana Ellen Judd on Jan. 11, 1946, in Ashland, Ky. Finding herself pregnant, she quickly got married but not to the father of her first child, daughter Christina Ciminella. Christina, born May 30, 1964, became known as Wynonna Judd when the mother-daughter duo stormed the country charts in the 1980s. After Naomi divorced, she moved from their latest home in Hollywood, back to Morrill, Ky., with Wynonna and another daughter Ashley.

There, she worked as a nurse in a local infirmary. Outside working and school hours, she and the children would sing anything from bluegrass to showbiz standards for their own amusement. However, when Wynonna nurtured aspirations to be a professional entertainer, her mother lent her encouragement, to the extent of moving the family to Nashville in 1979. Naomi's contralto subtly underlined Wynonna's tuneful drawl.

In addition to many performances on Ralph Emery's morning television show, Naomi elicited an audition for RCA Records while tending a hospitalized relation of label producer Brent Maher. With a past that read like a Judith Krantz novel, the Judds -- so the executives considered -- would have more than an even chance in the country market. An exploratory mini-album, which contained proved the executives correct. The single "Had a Dream (From the Heart)" peaked at No. 17 in 1984. Later that year, the Judds scored their first of 14 No. 1 hits with "Mama He's Crazy."
Self-composed songs included Naomi's 1989 composition "Change of Heart," dedicated to her future second husband (and former Elvis Presley backing vocalist) Larry Strickland. Meanwhile, Maher co-wrote hits such as 1985's Grammy-winning "Why Not Me," "Turn It Loose," "Girls Night Out," "Grandpa (Tell Me 'Bout The Good Ol' Days)" and "Rockin' With the Rhythm of the Rain."

Most Judds records exhibited an acoustic bias and a penchant for star guests that included the Jordanaires on "Don't Be Cruel," Emmylou Harris on "The Sweetest Gift," Mark Knopfler on his "Water of Love" and Bonnie Raitt playing slide guitar on the album Love Can Build a Bridge. In 1988, the pair became the first female country act to found their own booking agency (Pro-Tours), but a chronic hepatitis infection forced Naomi to retire from the concert stage two years later.


The Judds toured America in a series of farewell concerts before Wynonna began her solo career. Wynonna got off to a strong start, as her first two singles both went to #1. Her 1994 single "Girls With Guitars" featured Naomi (as well as Lyle Lovett) on backup vocals.
In 1998, The Judds appeared in a commercial for the retail chain Kmart, singing Wynonna's single "Woman To Woman".
In 1999, Wynonna reunited with her mother for a New Year's Eve concert in Phoenix. The following year, the duo recorded four new tracks for a bonus disc issued with Wynonna's album New Day Dawning, and undertook a multi-city tour. The results were issued as the album Reunion Live. A 2004 single, "Flies On The Butter (You Can't Go Home Again)" was recorded with Naomi; however, the single was credited as "Wynonna with Naomi Judd" instead of "The Judds".

I Will Stand By You - The Essential Collection