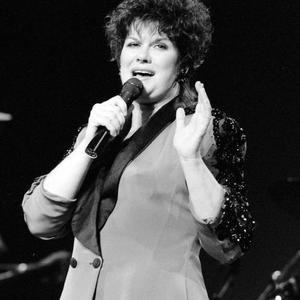 Kay Toinette "K. T." Oslin, (born May 15, 1941), is a country music singer and songwriter. Kay T. Oslin was born in Crossett, Arkansas, but soon after her birth her family moved to Memphis, Tennessee and then to Houston, Texas. Oslin considers Houston her hometown. Oslin initially performed as a folk singer with Guy Clark and then moved to New York where she performed as a chorine on and off-Broadway. She soon began doing advertising jingles which led to appearances in a number of television commercials.

Her songwriting talent was recognized and she began writing songs performed by Dottie West, Gail Davies, Sissy Spacek, and The Judds.
In 1987, after a brief run with Elektra Records, she broke through with RCA Records and became the first female songwriter to win the Country Music Association Song of the Year award for 80s Ladies and earned the Female Vocalist of the Year honors and a Grammy Award for the song. (Ironically, Oslin, who was in her mid 40s when she finally rose to fame, did so at a time when mainstream country radio first began its now commonplace practice of excluding older artists from their playlists.)
Oslin had several more well-received songs before branching out into acting.
She took roles on Paradise, and Evening Shade with Burt Reynolds. On the big screen she co-starred in The Thing Called Love with Sandra Bullock and River Phoenix.
Oslin's other hits included "Come Next Monday", "Hey Bobby", "Hold Me", "Didn't Expect it to Go Down This Way", "Do Ya", "This Woman", and "I'll Always Come Back".
In 1995 Oslin had coronary artery bypass surgery.
Her 2001 album, Live Close By, Visit Often was produced by Raul Malo who also wrote several of the songs.

My Roots Are Showing

Love In A Small Town