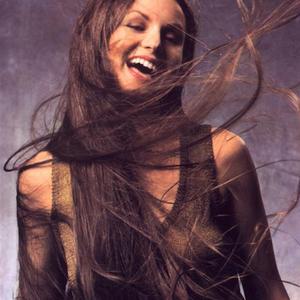 Crystal Gayle (born Brenda Gail Webb January 9, 1951) is an American country music singer, and is the sister of legendary country singer Loretta Lynn and distant cousin of singer Patty Loveless. In the late 70s and 80s, she had great pop crossover success with "Don't It Make My Brown Eyes Blue", "Talking In Your Sleep" and "Half the Way". She is also famous for her nearly floor-length long hair and was voted one of the 50 most beautiful people in the world in 1983.

While Gayle is the younger sister of Loretta Lynn, her musical sound is very different from Lynn's. Gayle's career began as country music moved towards a more pop-oriented sound in the 1970s, as exemplified by such performers as Lynn Anderson and Barbara Mandrell. Gayle's music reflects the modern Nashville sound.

You Don't Know Me

The Best Of Crystal Gayle

Sings The Heart And Soul Of Hoagy Carmichael