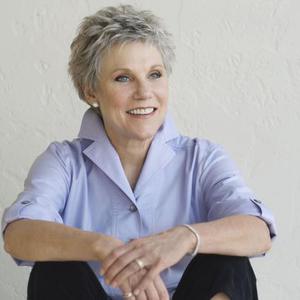 Anne Murray Duets: Friends & Legends showcases a wide variety of Anne's favorite female vocalists. Among the album's tracks and collaborating artists are "Snowbird" with Sarah Brightman, "You Needed Me" with Shania Twain, "Nobody Loves Me Like You Do" with Anne's daughter Dawn Langstroth, "Danny's Song" with Martina McBride, ?Another Pot O' Tea? with Emmylou Harris, ?A Little Good News? with Indigo Girls, ?Cotton Jenny" with Olivia Newton-John, ?Could I Have This Dance? with Amy Grant, ?Daydream Believer? with Nelly Furtado, ?A Love Song? with k.d. lang, ?Time Don't Run Out On Me? with the song's writer, Carole King, and more.

In 1979, Anne and Dusty Springfield each recorded the song "I Just Fall In Love Again." Anne's version became a hit single that garnered her Canada's Juno Award for "Single of the Year" in 1980. Anne and Dusty remained friends until Dusty's passing in 1999, and for Anne, releasing an album with this type of sisterly theme wouldn't seem complete without Dusty's inclusion. With the blessing of the Springfield family and estate, a new version pairing Dusty's original with Anne's newly recorded vocals is featured on the album.

Anne Murray Duets: Friends & Legends was produced by one of the most respected music producers in the world, Phil Ramone (Tony Bennett, Bob Dylan, Elton John, Barbra Streisand, Billy Joel), who counts 14 Grammy Awards and 32 Grammy nominations among his many honors. Together, Anne and Phil decided they would treat the songs on their own terms and not adhere rigidly to the arrangements of Anne's classic versions. While Anne had designs on how she imagined the arrangements, she gave Phil free rein to rework the songs.
?We approached the sessions as if we were just handed these songs and told to make this record,? explains Ramone. ?While arrangements were changed, there are also licks on some songs that I didn't mess with. We stayed true to the song.?
Working with Anne for the first time, Ramone adds, was an easy task. ?What I love about Anne is there are no words minced about whatever she feels,? he says. ?This is not a person you have to think, ?Will she tell me the truth?' When we met for a few hours in Michigan before we started, we agreed we wanted to bring some daring ideas and some freshness to this album.?
?I said to Phil,? joked Anne, ?The only reason I asked you was that I'm the only singer left that you haven't worked with!?
?I've done duets throughout my career,? Anne says. ?I did duets when I started out on (CBC Television's) ?Singalong Jubilee.' I did a duets album in 1971 with Glen Campbell. Growing up I did lot of group singing at school and sang with my brothers. I've always loved singing harmony.?
Since releasing her debut album in 1967, Anne Murray has been honored with a spectacular number of awards. She is the proud recipient of four Grammy Awards, three American Music Awards, three Country Music Association Awards, three Canadian Country Music Association Awards and twenty-four Juno Awards. Anne has also been honored with the Legacy Award from the Canadian Songwriters Hall of Fame (2006), the East Coast Music Association Directors' Special Achievement Award (2001), induction into the Canadian Country Music Hall of Fame (2002), and induction into the Juno Hall of Fame (1993).

I'll Be Seeing You