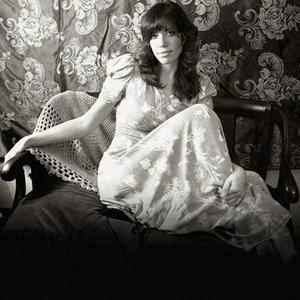 Carly Simon (born Carly Elisabeth Simon on 25 June 1945 - New York City, USA) is an American singer-songwriter, musician, and children's author. She rose to fame in the 1970s with a string of hit records, and has since been the recipient of two Grammy Awards, an Academy Award, and a Golden Globe Award for her work. Throughout her career, she has amassed a total of 13 Top 40 Hits including "You're So Vain", "Nobody Does It Better" and "Coming Around Again".

Simon's career began with a short-lived music group with her sister Lucy as The Simon Sisters. They had a minor hit in 1964 called "Winkin', Blinkin', and Nod", and made three albums together before Lucy left to get married and start a family. Later, Carly Simon collaborated with eclectic New York rockers Elephant's Memory for about six months. She also appeared in the 1971 Milos Forman movie Taking Off, playing an auditioning singer, and sang "Long Term Physical Effects", which was included in Taking Off, the 1971 soundtrack for the movie.

Simon's major breakthrough was 1972's No Secrets. The album spawned several successful singles, including Simon's biggest hit, "You're So Vain". Simon continued to produce successful albums through the 1970s and early 1980s, moving into film scores after she was dropped by her record label in 1985. She performed the main title song for the James Bond film The Spy Who Loved Me - "Nobody Does It Better" which was a worldwide hit in 1977.

Songs From The Trees (A Musical Memoir Collection) CD2

Songs From The Trees (A Musical Memoir Collection) CD1

This Kind Of Love