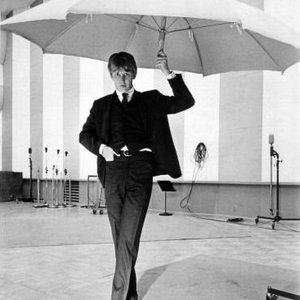 Harry Edward Nilsson III (born June 15, 1941 in Brooklyn, New York - died January 15, 1994), sometimes credited simply as Nilsson, was an American singer-songwriter with a three octave vocal range. He won Grammy Awards for Best Contemporary Male Vocal Performance for "Everybody's Talkin'" (1970) and "Without You" (1973), also his two biggest hits. Although both the aforementioned songs were composed by others, he was a talented songwriter in his own right, having written "One", a hit single for Three Dog Night.

His early offerings are oft compared to The Beatles' psychedelic period; indeed, The Beatles were themselves outspoken fans of Nilsson, helping him early on in his career.

Nilsson's work has seen much use in film; notably, "Everybody's Talking" (originally written by Fred Neil) featured prominently in Midnight Cowboy. "Without You" (originally written by Pete Ham and Tom Evans of Badfinger) also appeared in The Rules of Attraction. Nilsson wrote and performed the music for the 1971 animated television film The Point!; some versions of the film features narration by Ringo Starr, one of Nilsson's closest friends. Other songs that have utilized Nilsson songs include Goodfellas, Reservoir Dogs, and You've Got Mail.

Nilsson died unexpectedly of heart failure in 1994, after a night of recording for what was intended to be his first studio album in over a decade, provisionally titled Papa's Got a Brown New Robe. Nilsson remains a beloved artist amongst songwriters themselves, being the subject of a tribute cover album featuring such luminaries as Brian Wilson, Randy Newman, and Ringo Starr. 2010 saw the domestic release of the biographical documentary, Who Is Harry Nilsson? (And Why Is Everybody Talkin' About Him?), featuring interviews with friends, family, and colleagues, such as Micky Dolenz, Eric Idle, and Paul Williams.