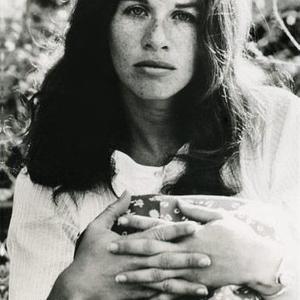 Carole King (born February 9, 1942) is an American singer-songwriter and pianist, regarded as one of the most influential female songwriters of the 20th century. One half of a legendary songwriting partnership together with her one-time husband, Gerry Goffin, she wrote several hit songs in the '60s hits for artists such as The Shirelles ("Will You Love Me Tomorrow"), Aretha Franklin ("(You Make Me Feel Like) A Natural Woman"), and The Monkees ("Pleasant Valley Sunday").

At the dawn of the '70s, she released the solo album Tapestry, a critically and financially successful landmark in the singer-songwriter genre.

Born Carol Klein in Brooklyn, New York to a Jewish household, King started out playing the piano, then moved on to singing, forming a vocal quartet called the Co-Sines at James Madison High School. She attended Queens College, where she was a classmate of Neil Sedaka and inspired Sedaka's first big hit, "Oh! Carol", to which she later wrote and recorded a tongue-in-cheek response, "Oh! Neil". Along with Sedaka and Gerry Goffin (whom she later married), King also befriended Paul Simon at the same college.

Goffin and King soon formed a songwriting partnership, eventually married, and had two daughters, Louise Goffin and Sherry Goffin Kondor, both of whom have also become singers. Working for Aldon Music in the Brill Building in the heart of New York's music district, where chart-topping hits were churfned out during the 1960s, the Goffin-King partnership first hit it big with "Will You Love Me Tomorrow". Recorded by The Shirelles, the song topped the charts in 1961. It was later covered by Dusty Springfield, Little Eva, Roberta Flack, Laura Branigan, The Four Seasons, and King herself.

In 1962, Goffin and King co-wrote "Up on the Roof", which was first recorded by The Drifters. Released at the tail end of that year, the song epitomised the urban romantic dream of the Brill Building era and became a big hit, reaching number five on the U.S. pop singles chart and number four on the U.S. R&B singles chart. It has since been covered many times by artists such as Laura Nyro (1970), James Taylor (1979), and Neil Diamond (1993), among others, and also by King herself in 1970.

The songwriting team's 1965 "Pleasant Valley Sunday", a number-three hit for The Monkees, was inspired by their move to suburban West Orange, New Jersey. Goffin and King also wrote several songs for Head, the feature film debut of The Monkees.

In 1968, King was hired to co-write two songs for Strawberry Alarm Clock with Toni Stern: "Lady Of The Lake" and "Blues for a Young Girl Gone", which appeared on the album The World in a Seashell.

At the urging from others, King began her own singing career. She had a modest hit singing one of her own songs in 1962 with "It Might as Well Rain Until September" (number twenty-two in the US and a top-ten success in the U.K., and later a hit in Canada for Gary & Dave), but after "He's a Bad Boy" reached ninety-four in 1963, it would take King another eight years to reach the Hot 100 singles chart again.

During that time, King helped pioneer a record label, Tomorrow Records, divorced Goffin and married Charles Larkey (of the Myddle Class). Moving to the West Coast, Larkey, King, and Danny Kortchmar formed a group called The City, which released one album, Now That Everything's Been Said, but the album was a commercial failure. King then released Writer (1970), a critically acclaimed record, but unfortunately another commercial failure. Undaunted, the following year King gave thoughtful, folk-flavoured reinterpretations of some of her early pop hits as a songwriter, interweaving them with new compositions in the aptly-titled Tapestry (1971). The album became the turning point in her career.

Tapestry was instantly recognised as one of the landmark albums of the singer-songwriter genre of the early 1970s. With numerous hit singles, it would remain on the charts for nearly six years, selling over ten million copies in the United States alone, and an estimated twenty-two million worldwide, making it King's most popular album to this day among fans and critics alike. The album garnered four Grammy Awards including Album of the Year; Best Pop Vocal Performance, Female; Record of the Year ("It's Too Late"); and Song of the Year ("You've Got a Friend"). Music (1971), Rhymes and Reasons (1972), and Fantasy (1973) followed, each earning either gold or platinum RIAA certification.

Tapestry was placed at number thirty-six] in Rolling Stone's 500 Greatest Albums of All Time, while "It's Too Late" was placed at 469 on Rolling Stone's 500 Greatest Songs of All Time]. And until Michael Jackson's groundbreaking album Thriller came along in 1982, Tapestry was the top-selling pop solo album of all time, with sales of thirteen million copies in 1971 alone.

In 1973, King performed at a free concert in New York City's Central Park and broke all previous records for such a concert, with an attendance of over 100,000 people. (This record was subsequently broken in 1981 by Simon & Garfunkel, with 500,000 people.)

King also enjoyed major success with her 1974 album, Wrap Around Joy. The album reached number one on the Billboard charts, and for only the second time in her career, she had a song reach as high as number two in the singles chart with the big hit "Jazzman", as well as another top-ten single, "Nightingale", from the album. Although the album did not have the long-lasting success and chart endurance of Tapestry, it was among King's most successful albums at the time of its release, and the singles received very strong radio play the year of its release.

Goffin and King reunited to write four songs on Thoroughbred (1975). David Crosby, Graham Nash, and James Taylor, a long-time friend of King's, all appeared on the record. Thoroughbred would be her last gold record. She married another songwriting partner, Rick Evers, after releasing Simple Things in 1977. Evers, however, died of a heroin overdose a year later.

In 1977, King moved to Idaho. She released Welcome Home (1978), which marked her debut as a co-producer on an album. Subsequent album releases included Touch The Sky (1979), Pearls: Songs of Goffin and King (1980), and One to One (1982). After releasing Speeding Time in 1983, King took a break in Idaho, where she became an environmental activist. That same year, she played piano on "Chains And Things" on the B.B. King album Why I Sing The Blues. In 1985, she wrote and performed "Care-A-Lot", the theme song to The Care Bears Movie. She returned to music in 1989, recording City Streets with guest Eric Clapton on two tracks, followed by Colour of Your Dreams (1993), with a guest appearance by Slash of Guns N' Roses. In addition, her song "Now And Forever" was featured in the opening credits to the 1992 film, A League of Their Own, and was nominated for a Grammy Award.

In 1988 she starred in the off-Broadway production A Minor Incident, and in 1994 she played the role of Mrs Johnstone on Broadway in Blood Brothers. In 1996, she appeared in a production of Brighton Beach Memoirs in Ireland, which was directed by Peter Sheridan.

In 1991, she co-wrote the song "If It's Over" for Mariah Carey's second album Emotions, after Carey turned down King's proposal to cover "(You Make Me Feel Like) A Natural Woman" by her idol, Aretha Franklin.

An all-star roster of artists paid tribute to King on the 1995 album, Tapestry Revisited: a Tribute to Carole King. From the album, Rod Stewart's version of "So Far Away" and C&eacute;line Dion's cover of "A Natural Woman" were both Adult Contemporary chart hits. Other artists who appeared on the album included Amy Grant ("It's Too Late"), Richard Marx ("Beautiful"), Aretha Franklin ("You've Got a Friend"), Faith Hill ("Where You Lead"), and the Bee Gees ("Will You Love Me Tomorrow?").

In 1996, a film loosely based on King's life was released. In Grace of My Heart, an aspiring singer, Denise Waverly/Edna Buxton, sacrifices her own singing career to write hit songs that launch the careers of other singers. Mirroring King's life, the film follows her from her first break, through the pain of rejection from the recording industry and a bad marriage, to her final triumph in realising her dream to record her own hit album.

In 2001, King co-wrote a song for the Semisonic album All About Chemistry. That same year, she appeared in a television ad for The Gap, with her daughter Louise.

King's "Where You Lead" was the theme song of the television series Gilmore Girls. In the television theme version, King sings with her daughter Louise. King - who has appeared sporadically in acting roles - has guest-starred three times on the show (in its second, fifth, and sixth seasons) as Sophie, the owner of the Stars Hollow music store.

King launched her "Living Room Tour" (the genesis of which was her appearances in private homes for environmental and political fundraising) on 15th July 2004, at the Auditorium Theater in Chicago. That show, along with the shows at the Greek Theater (Los Angeles) and the Cape Cod Melody Tent (Hyannis, Massachusetts) were recorded live and released as The Living Room Tour album on 12th July 2005. The 2005 leg of "The Living Room Tour" kicked off on 3rd July 2005, in Ontario, Canada. "The Living Room Tour" also made stops in Australia and New Zealand. A DVD of the tour, called Welcome to My Living Room was released in October 2007.

Also in 2007, King released Love Makes The World (Deluxe Edition) on her own label, Rockingale Records. The two-CD set contained a bonus disc with five additional tracks, including "Where You Lead". In November 2007, King toured Japan with Mary J. Blige and Fergie from the Black Eyed Peas.

King can be heard on the track Everyday People from Reba McEntire's Duets album, released September 18, 2007.

King also recorded a duet with Anne Murray on the latter's album Duets: Friends & Legends (2007). The song "Time Don't Run Out On Me (Duet With Carole King)" was originally recorded by Murray for her 1984 album Heart Over Mind. The song was written by King and Goffin. Anne Murray had said that she wouldn't have re-recorded the song as a duet with anyone else but King, as she had co-written the song.