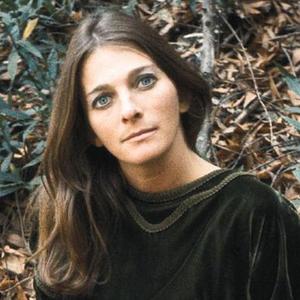 Judith Marjorie Collins (born May 1, 1939 in Seattle, Washington) is an American folk and standards singer. Biography As a child Collins studied classical piano with Antonia Brico, making her public debut at age 13 performing Mozart's Concerto for Two Pianos. However, it was the music of Woody Guthrie and Pete Seeger, and the traditional songs of the folk revival of the early 1960s, that piqued Collins' interest and awoke in her a love of lyrics.

However, it was the music of Woody Guthrie and Pete Seeger, and the traditional songs of the folk revival of the early 1960s, that piqued Collins' interest and awoke in her a love of lyrics. Three years after her debut as a piano prodigy, she was playing guitar. She eventually made her way to Greenwich Village, New York City, where she busked and played in clubs until she signed with Elektra Records, a record label with which she was associated for 35 years. In 1961, Collins released her first album, A Maid of Constant Sorrow, at the age of 22.

At first she sang traditional folk songs, or songs written by others, in particular the social poets of the time, such as Tom Paxton, Phil Ochs, and Bob Dylan. She recorded her own versions of seminal songs of the period, such as Dylan's "Mr. Tambourine Man" and Pete Seeger's "Turn, Turn, Turn". Collins was also instrumental in bringing then little known composers to a wider public; for example, she recorded songs by Canadian poet Leonard Cohen, and Canadian singer-songwriter Joni Mitchell.

With her 1967 album Wildflowers, she began to record her own compositions, the first of which was entitled "Since You've Asked". This album also provided Collins with a major hit, and a Grammy award, with her version of Joni Mitchell's "Both Sides Now", which reached #8 on the Billboard Hot 100.

1968's Who Knows Where the Time Goes was produced by Stephen Stills (of Crosby, Stills & Nash), with whom Collins was romantically involved at the time (she is the "Judy" of the Stills-written CSN classic "Suite: Judy Blue Eyes"). It had a mellow country sound, and included Ian Tyson's "Someday Soon" and the title track, a Sandy Denny song which has been covered by several artists.

By the 1970s, Collins had a solid reputation as an art song singer and folksinger. She had also begun to stand out with her own compositions. She was also known for her broad range of material: her songs from this period include the traditional gospel song "Amazing Grace", the Stephen Sondheim Broadway ballad "Send in the Clowns" (both of which were top 20 hits as singles), and her own compositions such as "My Father" and "Born to the Breed".

In 1979 she posed nude on the album "Hard Times For Lovers".

In more recent years, Collins has taken to writing, producing a memoir, "Trust Your Heart" in 1987, and two novels. Though her record sales are not what they once were, she still records and tours. One of her more recent albums is a collection of songs based on her novel Shameless. She performed at US President Bill Clinton's first inauguration in 1993, singing "Amazing Grace" and "Chelsea Morning". (The Clintons have stated that their daughter Chelsea was named after Collins' recording of the Joni Mitchell song.)


Activism
Like other folk singers of her generation, Collins was drawn to social activism. She is a representative for UNICEF and campaigns on behalf of the abolition of landmines. Following the 1992 death of her son Clark Taylor at age 33 after a long bout with depression and substance abuse, she has also become a strong advocate of suicide prevention. Her 2003 book, Sanity & Grace, chronicles her recovery from her son's suicide and attempts to provide some comfort and guidance to other families dealing with the loss of a loved one to suicide. She describes the "Seven T's" as a means for going through this process of recovery: Truth, Therapy, Trust, Try, Treat, Treasure, and Thrive. The Truth is that there should be no guilt in suicide; Therapy helps people express their emotions and seek grief counseling; Trust is the effort to believe that one can make it through the loss and keep a belief in life and in the future; Try means to stay away from drugs and alcohol or any excess--including overeating--as a means to deal with the loss and pain; Treat means to take care of the mind, body, and spirit with exercise and meditation; Treasure means to keep the memory of the moments to be treasured, and for this Collins recommends writing and keeping a journal; and Thrive means to be positive, hopeful, open to love and others, and continuing to know that you can rebuild your life on a basis of hope.


Awards and recognition
Grammy Award, Best Folk Performance or Folk Recording, "Both Sides Now", 1968
Grammy Award, Song of the Year, "Send in the Clowns", 1975
Nominated with Jill Godmillow for an Academy Award for the documentary "Antonia: A Portrait of the Woman" (1975), about her classical piano instructor, conductor Antonia Brico.

A Love Letter to Stephen Sondheim