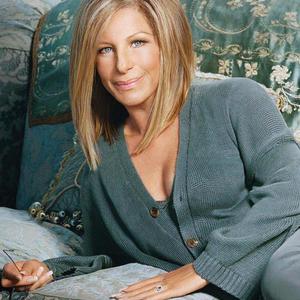 Starting in 1969, Streisand tackled contemporary songwriters; like many talented singers of the day, she found herself a fish out of water in attempts to tackle rock, but her vocal talents prevailed and she gained newfound success with the pop and ballad-oriented Richard Perry-produced album Stoney End in 1971. The title track, written by Laura Nyro, was a big hit for Streisand.

Streisand's 1980 album, Guilty featured the songwriting, production and vocal talents of Barry Gibb and was the best-selling album of her recording career. During the 1970s, she was also highly prominent in the pop charts, with number-one records like The Way We Were, Evergreen, No More Tears (Enough Is Enough) (her duet with Donna Summer), and Woman In Love; some of these came from soundtracks of her films. She recently took part in supporting Haiti in singing "We are the World 25th anniversary.

When the 1970s ended, Streisand was named the most successful female singer in the U.S. - only Elvis Presley and The Beatles having sold more albums. [1]

Live At The Bon Soir