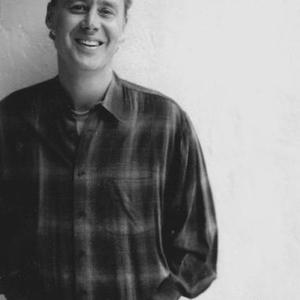 Bruce Randall Hornsby (born November 23, 1954 in Williamsburg, Virginia) is an American singer, virtuoso pianist, accordion player, and songwriter. He is probably best known for his 1980s signature song "The Way It Is" and the top five hits "Mandolin Rain" and "The Valley Road", all recorded as Bruce Hornsby & The Range, and for his long association with the Grateful Dead. In some of his solo albums (from 1993) he moved in a less commercial, more musically-challenging direction. From 2000 he recorded albums a series of albums as Bruce Hornsby & The Noisemakers.

During the 1990s he toured with theGrateful Dead, and released four albums, including "A Night on the Town" (1990) after which he split from The Range. "Harbor Lights" (1993) was his first solo album and signaled Hornsby was moving in a new jazz-influenced direction, whilst retaining elements of rock and pop. Later releases include "Hot House" (1995) and "Spirit Trail" (1998).

His experimental album "Big Swing Face" (2002) attracted much criticism as it veered away from his piano-based style. Despite these criticisms, he returned with his next studio album, shrugging off RCA and signing to Sony Music Entertainment. "Halcyon Days", released in 2004, saw a return to the piano as the key instrument; this album also became the premise for his world tour the same year.

Hornsby continues to tour with his live band "The Noisemakers", in addition to solo shows and his progressive bluegrass performances with Ricky Skaggs.

In 2007 he released "Camp Meeting", his first total jazz album as The Bruce Hornsby Trio, which involved jazz giants, Jack DeJohnette and Christian McBrid with whom he made live appearances with throughout 2007.