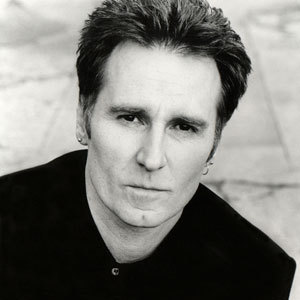 John Charles Waite, born on July 4, 1955, in Lancaster, Lancashire, England, is a rock singer. Waite has been a solo artist for most of his career but was first known as lead singer of The Babys a group which had moderate chart success but enjoyed a solid following for their concert tours. Shortly after the release of the Babys' fifth album "On the Edge" in October 1980 the group broke up. Waite launched his solo career with his 1982 album titled Ignition, which produced the hit single "Change" written by Holly Knight and included on the Vision Quest soundtrack.

Waite launched his solo career with his 1982 album titled Ignition, which produced the hit single "Change" written by Holly Knight and included on the Vision Quest soundtrack. His next album, No Brakes, made him an international star. This album included the smash hit "Missing You," which went to No.1 on the American charts. There finally seemed to be mass recognition for a singer who, certainly for those familiar with his work, was underestimated and underpromoted.

"If Anybody Had a Heart" from the soundtrack of About Last Night starring Demi Moore showcases Waite's voice along with "Deal for Life" written by Martin Page and Bernie Taupin from Days of Thunder. He has also served as the lead singer and bass player of The Babys and as lead singer for Bad English (featuring Journey members Neal Schon and Jonathan Cain, along with future Journey member Deen Castronovo).

Bad English's "When I See You Smile" penned by Diane Warren was also a number one song in the United States in late-1989. He co-wrote "Price of Love" another top 10 hit from the first Bad English album. There was nearly a six year gap between his 1984 chart success and the Bad English single. During this period Waite produced solo albums "Mask of Smiles" and "Rovers Return" marked by sensitive lyrics and haunting melodies. He was one of the artists chosen by Ringo Starr in 2003 to tour with his All Starr Band.

Downtown, Journey Of A Heart