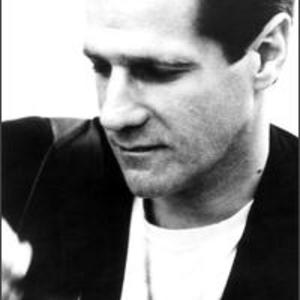 Growing up in Royal Oak, Michigan, Frey became part of the mid-1960s Detroit rock scene. His first professional recording experience was performing acoustic guitar and background vocals on Bob Seger's Ramblin' Gamblin' Man in 1968. Frey and Seger would remain friends and occasional songwriting partners in later years. Frey then moved to Los Angeles. His first recording as an artist was while fronting Longbranch Pennywhistle, a duo with J.D. Souther, in 1969. Frey also met Jackson Browne there, with whom he would also sometimes write songs.

After a stint in 1971 backing Linda Ronstadt, Frey helped form Eagles, playing guitar and keyboards. Frey wrote or co-wrote (often with Don Henley) many of the group's songs, and sang lead vocal on a number of Eagles hits such as "Take It Easy," "Tequila Sunrise," "Lyin' Eyes," "New Kid in Town," and "Heartache Tonight".

After the Eagles disbanded, Frey found solo success in the 1980s, especially with the soundtrack songs "The Heat Is On" (from Beverly Hills Cop) and the #2 hit "You Belong to the City" (from Miami Vice, the soundtrack to which stayed on top of the U.S. album charts for 11 weeks in 1985). Frey also contributed the song "Flip City" to the Ghostbusters 2 soundtrack.

Since 1994, he has participated in various Eagles reunion projects.

As an actor on television, Frey guest-starred on Miami Vice (in an episode inspired by his hit song "Smuggler's Blues"), had a recurring role on Wiseguy, and had a starring role on the short-lived South of Sunset (which was canceled after one episode). In the late '90s, he guest-starred on Nash Bridges, and in 2002 he appeared on HBO's Arli$$.

Cameron Crowe, who toured with The Eagles when he was a teenager, has stated that the character of Russell, the lead guitar player from his film Almost Famous, was based primarily upon Glenn Frey. The instruction Russell gives to Crowe's autobiographical young critic William Miller, to "Just make us look cool," was a direct quote from Frey.

In the television show Corner Gas, in the episode "Hook, Line and Sinker", the characters are putting up a sign outside the gas station. Brent says he was careful in choosing letters that could not be rearranged to spell something crazy. Wanda asks what it is. Brent says "Come for the oil change, stay for the grease." and soon after, Wanda says "Choose Glenn Frey for a menage ? trois."

Above The Clouds - The Collection CD3

Above The Clouds - The Collection CD2

Above The Clouds - The Collection CD1

The Heat Is On (VLS)