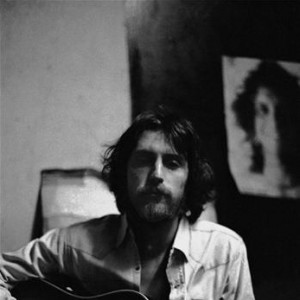 J. D. Souther, born John David Souther on November 3, 1946 in Detroit, Michigan and raised in Amarillo, Texas, is a singer-songwriter country rock singer and actor. Souther was greatly influenced by Texan Roy Orbison. Following his move to Los Angeles in the late 1960s, he met a young guitarist from Detroit named Glenn Frey. They bonded over their Detroit roots and a common love of country and R&B music.

Souther was greatly influenced by Texan Roy Orbison. Following his move to Los Angeles in the late 1960s, he met a young guitarist from Detroit named Glenn Frey. They bonded over their Detroit roots and a common love of country and R&B music. In short order, they began working together while sharing a small apartment in Los Angeles' Echo Park area (their downstairs neighbor was Jackson Browne with whom both Souther and Frey would collaborate on numerous projects).

After recording an eponymous solo album in 1972, persuaded by David Geffen, Souther formed the Souther Hillman Furay Band with Chris Hillman and Richie Furay. The group released two albums, but creative tensions and lack of record sales, not to mention Furay's discomfort at playing secular music after a conversion to Christianity, led to the band's demise.

Souther is probably best known for his well crafted songwriting abilities, especially in the field of country rock. He co-wrote some of the biggest hits for The Eagles, including "Best of My Love", "Victim of Love", "Heartache Tonight", and "New Kid in Town". In 2008 "The Eagles" charted with "How Long" which was on his "John David Souther" album in 1972 (but written by Jack Tempchin, who also wrote "Peaceful Easy Feeling"). Souther avoided the spotlight deciding to not be one of "The Eagles" when they first formed! Nevertheless, he joined The Eagles on numerous occasions live on stage. As such and because of his significant songwriting contributions, he became known as "the secret Eagle".

He also wrote songs for several of Linda Ronstadt's multi-platinum albums, including "Faithless Love" from "Heart Like a Wheel" album and "White Rythm and Blues" included in her "Living in the USA" album. Linda once said JD was the best songwriter in the world. He also recorded several notable duets with Ronstadt including "Sometimes You Can't Win" and "Prisoner in Disguise". He also wrote for Bonnie Raitt including "Home" on her album "Sweet Forgiveness."

His biggest hit as a solo artist was the 1979 Orbison-influenced song "You're Only Lonely" from the album of the same name which reached the top 10 of the Billboard Charts. A collaboration with James Taylor called "Her Town Too" from Taylor's "Dad Loves His Work" reached number 11 on the Billboard Pop Singles Chart.

He was a Contributor on the Roy Orbison and Friends, A Black and White Night 1987 concert and video, and sang The Platters' "Smoke Gets In Your Eyes" in the 1989 movie Always!

If The World Was You