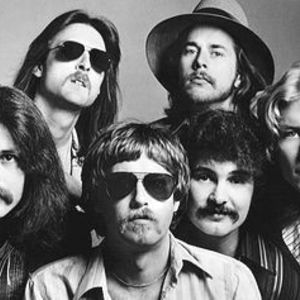 Firefall was a rock band that formed in Boulder, Colorado in 1975. It was founded by Rick Roberts, who had been in the Flying Burrito Brothers, and Jock Bartley, who had been Tommy Bolin's replacement in Zephyr. The band's biggest hit single, "You Are the Woman", peaked at #9 on the Billboard charts. Other hits include "Just Remember I Love You" (#11 in 1977), "Strange Way" (#11 in 1978), and "Staying with It" from 1981, with female vocalist Lisa Nemzo.

Firefall was a mainstay, album-oriented rock band that put out a large number of hits such as "You Are the Woman" and "Just Remember I Love You" in the late 1970's. The album track from 1976's Firefall, "Cinderella", is a narrative about a man dealing with the torn feelings regarding his girlfriend's unexpected pregnancy and the negative consequences on the relationship and is one of the most controversial tracks released in the rock era.

The band's releases were on Atlantic Records during their career. "You are the Woman" was featured as a notable track on the record label's twin compact-disc 30-year history retrospective that was released in 1988.

Mirror Of The World

Clouds Across The Sun