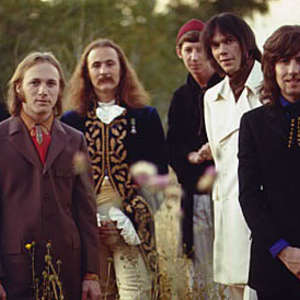 Crosby, Stills, Nash & Young are a pioneering folk-rock supergroup that formed from the ranks of three 1960s bands: Stephen Stills and Neil Young from Buffalo Springfield, David Crosby from The Byrds, and Graham Nash from The Hollies. The band is primarily known for their four-part vocal harmonies. They have a strong association with the Woodstock Festival, having played their second gig there, and they are one of the few North American groups that rivalled The Beatles in popularity in the late 1960s and early 1970s. They are commonly referred to by their initials CSNY.

After the 1970 shootings at Kent State University in Kent, Ohio, Neil Young wrote "Ohio", a tribute to the four students who were shot by the Ohio National Guard. Many radio stations would not play the song "Ohio" because of the anti-war tone of the song. Even so, largely because of its topical nature, "Ohio" bumped "Teach Your Children", released three weeks earlier, from its ascent in the charts, replacing it on the popularity climb, ending at number fourteen, while "Teach Your Children" ended at number sixteen.

Neil Young was inducted into the Rock & Roll Hall of Fame in 1995. David Crosby, Stephen Stills, and Graham Nash were inducted in 1997.

A Bridge Of Spies