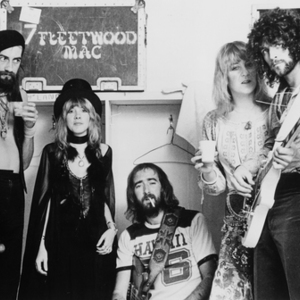 Fleetwood Mac is a British and American rock band formed in 1967. From the band's inception through the end of 1974, no incarnation of Fleetwood Mac lasted as long as two years, but all featured core members Mick Fleetwood and John McVie. The two most successful periods for the band were during the late 1960s British blues boom, when they were led by guitarist Peter Green; and from 1975-87, with more pop-orientation, featuring Christine McVie, Lindsey Buckingham and Stevie Nicks.

The two most successful periods for the band were during the late 1960s British blues boom, when they were led by guitarist Peter Green; and from 1975-87, with more pop-orientation, featuring Christine McVie, Lindsey Buckingham and Stevie Nicks. The band enjoyed more modest success in the intervening period between 1971 and 1974, with the line-up that included Bob Welch, and also during the 1990s which saw more personnel changes before the return of Nicks and Buckingham in 1997, and more recently, the departure of Christine McVie.

The only member present in the band from the very beginning is its namesake drummer Mick Fleetwood. Bassist John McVie, despite his giving part of his name to the band, did not play on their first single nor at their first concerts. Keyboardist Christine McVie has, to date, appeared on all but two albums, either as a member or as a session musician. She also supplied the artwork for the album Kiln House.

The band was started in London in 1967 by guitarist Peter Green, who recruited the rhythm section of John Mayall's Bluesbreakers: drummer Mick Fleetwood and bass guitarist John McVie. Green himself had replaced a departing member, Eric Clapton, as the lead guitarist of the "Bluesbreakers;" Green and McVie had appeared on John Mayall's 1967 A Hard Road album. The band employed another bassist, Bob Brunning, until John McVie was persuaded to join the band. (The band's first album Fleetwood Mac contains one song with Brunning on bass.) Slide-guitarist and Elmore James devotee, Jeremy Spencer, rounded out the lineup.

After its second album, Mr. Wonderful, a third guitarist, 18-year-old Danny Kirwan, was added to the lineup. At this point the band began shifting into a more melodic, introspective, and experimental/progressive mode. Most performances were built around the twin leads of Green and Kirwan, and Kirwan's songwriting was featured in nearly equal proportion to Green's. After releasing two successful singles, the instrumental "Albatross" (which remains the band's only #1 hit in the UK), and the ballad "Man Of The World" [#2 UK], it produced what is often considered the best album of the band's Peter Green era, Then Play On. Spencer was, for the most part, absent from these recording sessions. The epic 2-part "Oh Well" single followed [#2 UK], and was included in later pressings of the U.S. LP album (and in all CDs). The band was then rocked by Peter Green's decision to leave. Debate rages on the reasons for this, but it is agreed that Green wished to play a more experimental and improvisational style. Drugs, particularly LSD, also played a large part, as Green recorded sporadically before falling into a twenty-year period of mental illness. After a short gap, Christine McVie (a.k.a. under her maiden name Christine Perfect) joined the band on keyboards, and the band moved from the blues to a more melodic pop style.

The early 1970s of Fleetwood Mac were turbulent for the band, which gained and lost members at a troubling rate. Jeremy Spencer disappeared during an American tour, and was found to have joined the controversial Children of God cult. American guitarist Bob Welch joined up, at the suggestion of good friend Judy Wong, lending a jazz-rock flavor to Kirwan's more melodic songs. Kirwan's and Welch's tenures overlapped by two albums, but eventually, Kirwan's own erratic behavior on tour led to his dismissal in late 1972. Welch's contributions included "Future Games" (from 1971's Future Games), "Sentimental Lady" (from 1972's Bare Trees), and "Hypnotized" (from 1973's Mystery to Me).

Bob Weston (guitar) and Savoy Brown's Dave Walker (vocals) were also briefly hired during this phase of the band. Walker was fired after just one album, but the firing of Weston, for an alleged affair with Mick Fleetwood's wife, during a late 1973 tour led to that tour's abrupt cancellation. This led its manager, Clifford Davis, to send another dummy band out on the road billed as "Fleetwood Mac," but featuring no original members of the band, resulting in a year-long legal battle. The fake Fleetwood Mac scored one hit a couple of years later ("Why Did You Do It?") under their new name Stretch

In late 1974, Welch indicated that he intended to leave the band, and Fleetwood and John McVie needed to fill the possible vacancy. While Fleetwood was scouting Van Nuys, California's Sound City Studios, house engineer Keith Olsen played a track titled "Frozen Love," which he had mixed there for an obscure American duo, Buckingham Nicks. Fleetwood liked what he heard, and he was introduced to the guitarist, Lindsey Buckingham, who just happened to be in the building. When Welch resigned from the band, Fleetwood asked Buckingham to join. Buckingham agreed, on the condition that his musical partner and girlfriend, Stevie Nicks, also become part of the band.

In 1975, under new management by Gabriele Arras, the new lineup released the eponymous Fleetwood Mac (otherwise known as The White Album). This proved to be a breakthrough for the band and it became a huge hit. The band was catapulted into stardom. Among the hit singles from this album were Christine McVie's "Over My Head" and "Say You Love Me," and Stevie Nicks's "Rhiannon (Will You Ever Win)."

But in 1976, with the success of the band also came the end of John and Christine McVie's marriage, as well as Buckingham's and Nicks's longtime romantic relationship. Pressure was put on Fleetwood Mac to release a successful follow-on album, which, when combined with its new-found wealth, led to creative and personal tensions, fuelled by large amounts of drug and alcohol consumption, especially cocaine.

The album the band members created was Rumours in 1977, in which the band lays bare the emotional turmoil experienced at that time. It became the best- selling album of the year, and it sold over 19 million copies worldwide by 1998. The RIAA certified Rumours as a diamond album.

This lineup of the band continued to record for over a decade. Their 1979 album Tusk was a double album, more experimental in tone, still spawning three hit singles but selling nowhere near the quantity of Rumours. After solo albums by Nicks and Buckingham, 1982's Mirage was a return to more commercial pop, but still didn't reproduce the success of Rumours. The band went on hiatus, Stevie Nicks and Lindsey Buckingham continuing solo careers and Christine McVie issuing a solo album as well.

In 1987, the band reconvened for Tango in the Night, some of which was originally destined for another Buckingham solo disc. The disc sold well and had several hit singles, but Buckingham refused to tour with the band and they parted ways acrimoniously. Buckingham was replaced with Rick Vito and Billy Burnette for the Tango In The Night tour, and this new lineup recorded the 1990 album Behind the Mask, which did not enjoy much commercial success. In 1991, Nicks and Vito announced they were leaving the band. Bekka Bramlett joined, and this lineup eventually recorded the unsuccessful album Time in 1995.

In 1997, the "classic" Rumours line-up reunited for an MTV reunion special called The Dance. The live album sold over 5 million copies in the United States and spawned a 40-city tour. Following The Dance, Christine McVie retired from the band permanently, and the remaining four (Lindsey Buckingham, Stevie Nicks, John McVie, and Mick Fleetwood) produced a new album released in 2003 called Say You Will. The new album included 18 new songs written by Lindsey Buckingham and Stevie Nicks. They then went on an 18-month worldwide tour over the United States, Canada, Australia, and Europe.

In interviews given in November 2006 to support his solo album, Under The Skin, Buckingham stated that there were plans for the band to reunite once more for a 2008 tour but recording plans had been put on hold for the foreseeable future. In a September 2007 interview Stevie Nicks gave to the UK newspaper The Daily Telegraph, she noted that she is unwilling to carry on with the band unless Christine McVie returns. However in a recent interview, Mick Fleetwood said "...be very happy and hopeful that we will be working again. I can tell you everyone's going to be extremely excited about what's happening with Fleetwood Mac."

According to Stevie Nicks, "the group will start working on material and recording probably in October, and finish an album."

However, instead of returning to the studio, the band instead went back out on the road in 2009 for a greatest hits tour called "Fleetwood Mac Unleashed," the first time the band have gone out on tour without an album to support. The tour saw the band play throughout the United States as well as returning, for the first time in years, to play dates in Canada, Europe, and the UK.