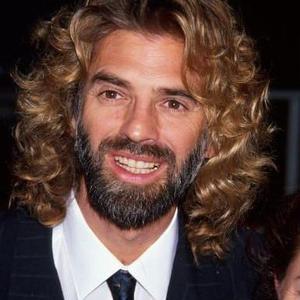 Singer, songwriter, and guitarist Kenny Loggins was born in Everett, WA, and moved to Los Angeles in his teens. He got a job as a staff writer and wrote four songs used on a Nitty Gritty Dirt Band album in 1970, among them the hit "House at Pooh Corner." This brought him to the attention of former Poco member Jim Messina, now a staff producer at CBS, who intended to produce Loggins' debut album. The two ended up in a duo, however, and Loggins & Messina made a series of successful albums during the '70s.

Loggins & Messina broke up in 1976, and Loggins went on to solo stardom with such million-selling albums as Celebrate Me Home, Nightwatch (which included the hit "Whenever I Call You Friend"), and Keep the Fire, all in the cheerful, sensitive style he had displayed in Loggins & Messina. Loggins also became known as the king of the movie soundtrack song, scoring Top Ten hits with "I'm Alright" (from Caddyshack), "Footloose" (from Footloose), "Danger Zone" (from Top Gun), and "Nobody's Fool" (from Caddyshack II). His own albums sold less well (and came less frequently) throughout the '80s, with later efforts like 1991's Leap of Faith, 1997's The Unimaginable Life and 1998's December finding favor primarily in adult contemporary circles; in 1994, he also issued a children's album, Return to Pooh Corner, and released its sequel More Songs from Pooh Corner in early 2000.