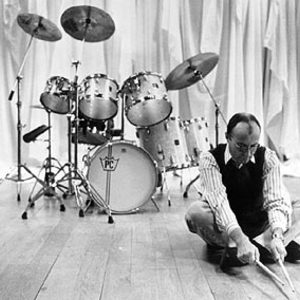 Philip David Charles "Phil" Collins LVO (born 30 January 1951 in Chiswick, London) is an English singer-songwriter, drummer, keyboardist and actor best known as a drummer and vocalist for English progressive rock group Genesis and as a Grammy and Academy Award-winning solo artist. Collins sang the lead vocals on eight American chart-toppers between 1984 and 1989; seven as a solo artist and one with Genesis.

Collins sang the lead vocals on eight American chart-toppers between 1984 and 1989; seven as a solo artist and one with Genesis. His singles, often dealing with lost love, ranged from the atmospheric In The Air Tonight, to the dance pop of Sussudio, to the political statements of his most successful song, "Another Day in Paradise". His international popularity transformed Genesis from a progressive rock group to a regular on the pop charts and an early MTV mainstay. According to britishhitsongwriters.com he is the forty-eighth most successful songwriter in U.K. singles chart history based on weeks that his compositions have spent on the chart.

Collins' professional career began as a drummer, first with obscure rock group Flaming Youth and then more famously with Genesis. In Genesis, Collins originally supplied backing vocals for front man Peter Gabriel, singing lead on only two songs: "For Absent Friends" from 1971's Nursery Cryme album and "More Fool Me" from Selling England by the Pound, which was released in 1973. On Gabriel's departure in 1975, Collins became the group's lead singer. As the decade closed, Genesis' first international hit, "Follow You, Follow Me", demonstrated a drastic change from the band's early years.

His concurrent solo career, heavily influenced by his personal life, brought both him and Genesis commercial success. According to Atlantic Records, Collins' total worldwide sales as a solo artist, as of 2002, were 150 million.

Phil Collins, announced in March 2011 that he is retiring from the music business. "I am stopping so I can be a full time father to my two young sons on a daily basis," Phil Collins wrote on his website. He refers to his two sons, Nicholas and Matthew, with his third wife Orianne Cevey, whom he divorced in 2008.

Plays Well With Others CD4

Plays Well With Others CD3

Plays Well With Others CD2

Plays Well With Others CD1