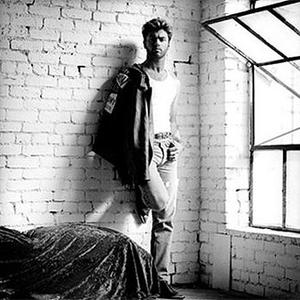 George Michael (born Georgios Kyriacos Panayiotou on June 25, 1963 in East Finchley, London, England) is an English pop musician of English/Greek Cypriot ancestry. Michael began his career by forming a band called The Executive together with his best friend Andrew Ridgeley, a fellow pupil at Bushey Meads School, though it did not survive for long. It wasn't until he formed the duo Wham! together again with Ridgeley in 1981 that the success came for the band.

It wasn't until he formed the duo Wham! together again with Ridgeley in 1981 that the success came for the band. Their first album, Fantastic!, was an instant success, and within a year they had released their classic debut single, Wham Rap! (Enjoy What You Do), while their second single, Young Guns (Go For It), became the first in a string of Top 10 hits in the UK singles chart. They were rapidly followed by titles such as Bad Boys, Club Tropicana, Wake Me Up Before You Go Go, Freedom, Last Christmas/Everything She Wants, I'm Your Man and a second album, Make It Big. George also sang on the original Band Aid recording of Do They Know It's Christmas and donated the profits from Last Christmas/Everything She Wants to the charity.

With the success of his solo releases Careless Whisper (1984) and A Different Corner (1986) stories of an impending Wham! split intensified, and Wham! duly separated in the summer of 1986 after a farewell single, The Edge Of Heaven and album, plus a sell-out concert at Wembley Stadium.

Some of his biggest hit singles as a solo artist include the single "Faith" (taken from his debut album Faith that not only became number one on both sides of the Atlantic but also resulted in stunning four number one singles in America) and many more.

"Careless Whisper" (written when he was seventeen) became one of the most played songs of the decade and voted Londoner's Favourite record of all time in January 1995 in a competition run jointly by the capital's leading evening newspaper and radio station. He was then also voted Best Male Singer by the same radio station and by the readers of a national newspaper. Some of his other hits include "Father Figure", "One More Try", "Freedom 90", "Fastlove", "Jesus To a Child", "Don't Let the Sun Go Down on Me" (a duet with Elton John), 2002's "Freeek!" and "Shoot the Dog".

Songfacts reports that "White Light" was made available to download on August 12, 2012, 30 years after George first entered the UK singles chart with ?Young Guns (Go For It!).? He described the track as a "thank you to everybody who has been a part of [his] success", adding: "I mean everybody, including the press!! Long may it continue."