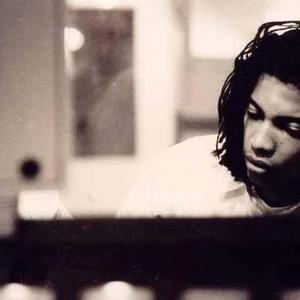 D'Arby was born in Manhattan, New York and joined the army after leaving college, serving in Elvis Presley's old regiment in Germany. He was formally discharged by the army in 1983 after going absent without leave. While in Germany, he also worked with the band The Touch , releasing an album of material called Love On Time (1984). It was later re-issued in 1989 as Early Works after D'Arby's world-wide success as a solo artist with his great album INTRODUCING THE HARDLINE ACCORDING TO TTD, that was released in 1987. The album, which produced such hits as "If You Let Me Stay" "Wishing Well" "Dance Little Sister" and "Sign Your Name" sold over a million copies in the first three days of its release, and its sales currently total over 14 million. The album also earned the artist a Grammy Award in March 1988 in the category Best R&B Vocal Performance, Male. In that same year, D'Arby earned three Soul Train Award nominations for Male Album of the Year (Introducing the Hardline According to Terence Trent D'Arby), Male Single of the Year (Wishing Well), and Best New Artist.

D'Arby's follow-up studio album "Neither Fish Nor Flesh: A Soundtrack of Love, Faith, Hope & Destruction" (1989), sold over 2 millions copies and he is still very modern.

It took four more years and a move to Los Angeles until his next project, "Symphony or Damn: Exploring the Tension Inside the Sweetness" (1993) was released. The record touched many of the issues that had been raised also in Neither Fish Nor Flesh, but was musically more straightforward and rocky than its predecessors. It gathered favourable reviews and gained much airplay in major music stations.

During the 1990s the relations between the artist and his record label Columbia Records had became strained, eventually leading to the artist's departure in 1996. This was followed by a four-year spell in Java Records, during which he recorded Terence Trent D'Arby's Solar Return, which however was not released. In 2000, he bought the rights to his unreleased album, and left the record company as well as his then-management-team Lippman Entertainment.

In 1999, D'Arby was briefly hired by INXS to replace his friend, late vocalist Michael Hutchence, so the band could play at the opening of facilities for the Sydney Olympics.

Following a series of dreams, the artist adopted the name Sananda Maitreya. His name was legally changed to that on October 4, 2001.

2001 also saw Maitreya moving back to Europe and Germany, as he resettled in Munich and started his own independent record label, Treehouse Pub. The year also marked his first album release in six years, as the unreleased Terence Trent D'Arby's Solar Return was revamped into Wildcard. The album, which received a warm critical welcome, was at first available for free through his website, and later gained also a commercial release through a one-album distribution deal with Universal Music.

In 2002 Maitreya moved to Milan, Italy, and began working on his next project, Angels & Vampires - Volume I.

In July 2005 Maitreya started working on Angels & Vampires - Volume II, he released chapter after chapter online as soon he finished recording the songs. On April 29, 2006 he released the fully finished and mastered album in his webshop: http://www.sanandamaitreya.com/ecommerce/catalogo.php

in 2009 he released NIGOR MORTIS, a brand new Post Millennium Rock work and he is currently working on THE SPHINX, his new production which is already available in chapters at www.zooathalon.com

Sananda Maitreya presents his music as POST MILLENNIUM ROCK, its main elements are heart and soul, its nature is passion, courage and curiosity and it acknowledges no rules but the goal to lead the listener back to his heart, to provoke his mind and re-approach him to his true feelings. He says that he had his light switched on at the age of 2 by the music of the Beatles and has been a fool for music ever since. ?I have suffered music and she has suffered me and there is no doubt that she has seen my willingness to bear her love even in the darkest hours and because of that we have earned one another's trust and our bond is close and deep. I would die for the music and in fact already have?.

He is currently on tour in Europe with his band The Nudge Nudge for the ?POST MILLENNIUM ROCK TOUR 2010'.

Maitreya has appeared in two films, as well the TV series Shake, Rattle And Roll where he played the part of Jackie Wilson. His music has also been included on several movie soundtracks, most notably as the theme song of 1991's Frankie and Johnny.

Sananda Maitreya was born as Terence Trent Howard. His stage name, Terence Trent D'Arby, came from taking his adoptive father's, James Benjamin Darby's, family name, and including an apostrophe. The name Sananda Maitreya, on the other hand, purportedly came to the artist in a series of dreams, after which he considered it to reflect his present self better than his stage name. Said Maitreya: "After intense pain I meditated for a new spirit, a new will, a new identity." Now Sananda Maitreya is his new artist name.

Only available through his Webshop

Sign Your Name: The Best Of Terence Trent D'arby CD2

Sign Your Name: The Best Of Terence Trent D'arby CD1

Do You Love Me Like You Say: The Very Best Of