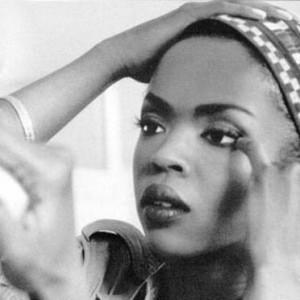 Lauryn Noel Hill (born May 26, 1975 in South Orange, New Jersey) is an American musical artist, and record producer, initially establishing her reputation as the most visible and vocal member of the Fugees, then continued on to a solo career releasing The Miseducation of Lauryn Hill. Hill's works primarily in the neo-soul and alternative rap styles, among other influences from reggae and folk. After a four year hiatus, she released the controversial MTV Unplugged No. 2.0, a live recording of original material except for ?So Much Things to Say' and ?The Conquering Lion'.

Hill is noted as a humanitarian, and in 1996 she received an Essence Award for work which has included the 1996 founding of the Refugee Project, an outreach organization that supports a two-week overnight camp for at-risk youth, and for supporting well-building projects in Kenya and Uganda, as well as for staging a rap concert in Harlem to promote voter registration.

Hill graduated from Columbia High School (New Jersey) in Maplewood, New Jersey. Hill was an active student, cheerleader, and performer. She began her acting career at a young age, and started performing music in 1987. In 1988, 13-year old Hill appeared as an Amateur Night contestant on It's Showtime at the Apollo. Hill sang her own version of William "Smokey" Robinson's song "Who's Lovin' You?". A nervous Hill sung far away from the mic and was heckled at first; but persisted and finished her song to a standing applause, though she did not win.

Hill was childhood friends with actor Zach Braff and they both graduated from Columbia High School in 1993. Braff mentions inviting Hill to his bar Mitzvah in 1988.[1]

Hill appeared on the soap opera, As The World Turns as Kira Johnson. In December 1993, she starred in "Sister Act 2: Back in the Habit" as Rita Louise Watson. In the film, she performed the songs "His Eye Is on the Sparrow" (a duet with Tanya Blount) and "Joyful,Joyful" . It was in this role, as Rita, that she first came to national prominence, with Roger Ebert calling her "the girl with the big joyful voice". Although Sister Act I and II were originally conceived as vehicles for comedian Whoopi Goldberg, the second installment won Lauryn equal notice.

Her other acting work includes the play Club XII with MC Lyte, and the motion pictures King of the Hill (as Arletta the Elevator Operator), Hav Plenty (1997), and Restaurant (1998). She appeared on the soundtracks to Conspiracy Theory in 1996 (on the track "Can't Take My Eyes Off You") and Divine Secrets of the Ya-Ya Sisterhood in 2002 (on the track "Selah").

Her most recent album (mixtape) entitled "The Re-Education of Lauryn Hill" was released in 2007.

The Miseducation of Lauryn Hill