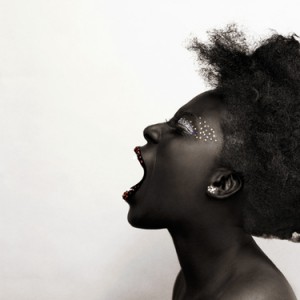 Macy Gray (born Natalie McIntyre September 6, 1967) is a Grammy Award winning neo soul/R&B singer, songwriter, record producer and actress. To date, Macy has released five studio albums, one compilation album and a live album. She has acted in a number of movies including Training Day, Idlewild, and Lackawanna Blues, Gray is best known for her international hit single "I Try", taken from her multi-platinum debut album On How Life Is. Other hits include "Sweet Baby," "Do Something," "When I See You," and "Beauty in the World."

Macy Gray was originally hesitant to record a studio album due to what is, arguably, her most recognizable feature -- her voice. She started her music career as a songwriter. Her first album was actually a mistake; she was at the studio waiting for the person who was supposed to be singing her song, and the producer wanted to hear what one of the songs was supposed to sound like. Once she started singing, the producer liked the rough sound of her voice so much he offered her a record deal.