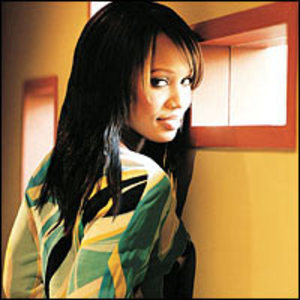 Sunshine Anderson is a North Carolina native, born in Winston-Salem, and later moved to Charlotte, as a child. Wallace Sellars, a friend of producer/Soulife A&R Vice President Mike City, heard Anderson singing in line at the cafeteria of North Carolina Central University and introduced the two. From there, Anderson was managed by singer Macy Gray during the recording of her first album. Her first hit single from the album was "Heard It All Before".

The video for her second single, "Lunch or Dinner", was directed by Paul Hunter. "Your Woman" was certified gold soon of months after it came out in 2001.

Her smash hit "Heard It All Before" was made into some house remixes by Ben Watt (one half of the DJ/producer set "Lazy Dog" and the DJ of "Everything But The Girl) and E-Smoove (Eric Miller, a Chicago DJ, partially responsible for the growth of house music). These remixes are extremely hard to find, but if you do, be prepared to pay a pretty penny to get your hands on them.

Sunshine Anderson is back in the studio working on her sophomore album, Sunshine at Midnight, due for release in January 2007. The first single, "Something I Wanna Give You", started to receive airplay as early as June, 2006 in some places and officially impacted radio in the second week of August. A video directed by Gil Green was shot in the same week.

Sunshine also did a vocal track for Groove Armada, for their Lovebox album, titled Easy.