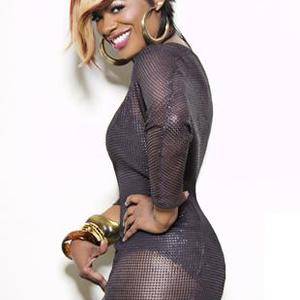 Kandi Burruss entered professional music in 1992 as a singer in the successful vocal group Xscape. She sang lead on their hits "Just Kickin' It" and "My Little Secret", displaying a versatile contralto voice flexible enough to sing above soprano range. Burruss also wrote some of Xscape's early hits, including "Feels So Good" and "Can't Hang". When the group disbanded in 1999, Burruss continued as a songwriter and soloist. She has been credited with the discovery of Columbia recording artists Jagged Edge.

In 2000, Burruss's song "No Scrubs", performed by TLC, won the Grammy Award for Best R&B Song. She also made history in 2000 as the first woman ever to win the ASCAP "Rhythm & Soul Songwriter of the Year" award. She has continued to write for a number of pop and R&B artists, including significant contributions to Destiny's Child's "The Writing's on the Wall" (including "Bills, Bills, Bills" and "Bug-a-Boo") which sold 13 million copies.[citation needed] Burruss has written for *NSYNC, Mariah Carey, Boyz II Men, Faith Evans, Whitney Houston, Pink, and Alicia Keys. Producer Kevin "Shekspere" Briggs has been an important long-term collaborator.

In 2000 Burruss signed with Sony Records as Kandi, releasing her first soloist single, "Don't Think I'm Not," in the summer of that year. The song peaked at #32 in R&B, and performed even better at pop radio (peaking at #12 on the Top 40 Mainstream chart) and the Billboard Hot 100, where it peaked at #24. Her debut album, Hey Kandi... peaked at #72 on the Billboard Hot 200 and sold reasonably well in its first few months on the chart. Her second single, "Cheatin' on Me", was an underground hit and featured a remix by rapper 50 cent.

In 2006 she returned to a recording career with her as-yet untitled second album which will be released through choreographer Devyne Stephens' record label Upfront Records and BME Recordings. Her single "I Need", featuring Bad Boy South artists 8 Ball & MJG, is currently heating up airways. She is featured on E-40's summer 2006 smash song "U And Dat" along with T-Pain.

Burruss was involved in a mild conflict with now-defunct group Sporty Thievz, after they parodied two songs she had written (TLC's "No Scrubs" and Destiny's Child's "Bills, Bills, Bills"). The parodied versions were titled "No Pigeons" and "No Bills (Why, Why, Why)", which accusing the song's subject of being a gold digger.

She has a daughter named Riley.

In 2007, Kandi formed the group Peach Candy with Rasheeda. Their first single, "I Wish I Never" featuring Yung Joc is currently getting mild airplay

Kandi's sophomore album "Kandi Koated" was released in the December 14, 2010. The album peaked #17 on the R&B/Hip-Hop Albums chart and #91 on the Billboard 200. The lead single "Leave U" peaked at #89 on the Hot R&B/Hip-Hop Sons chart. Visit her official MySpace http://www.myspace.com/kandionline