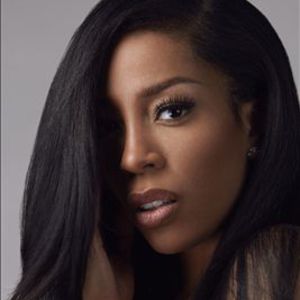 Kimberly Michelle Pate (better know like K. Michelle) was born on March 4, 1986 in Memphis, Tennessee. K. Michelle is an R&B/Soul singer and songwriter. She was signed to Jive Records in December 2008. Shortly thereafter she was brought to the attention of labelmate R. Kelly, who is K. Michelle's male mentor. K. Michelle is the only artist featured on R. Kelly's latest album Love Letter (2010). She is a single mother to her seven year old son Chase Bowman. K. Michelle has stated that artists who have influenced her musical style include Mary J. Blige, Whitney Houston, and Tammi Terrell.

K. Michelle has stated that artists who have influenced her musical style include Mary J. Blige, Whitney Houston, and Tammi Terrell.
Her first mixtape What's the 901?, is considered a tribute to Mary J Blige. She released her second mixtape on Christmas Eve 2010 entitled For Colored Girls (Pre-Pain Medicine). K Michelle has an upcoming album called Pain Medicine which is one of the top anticipated albums of 2011. Her two singles "Fallin" and "I Just Can't Do This" were voted on 106 and Park for over eight weeks, and another single called "How Many Times" was released in February 2011. K Michelle has worked with artists such as R. Kelly, Trina, Gucci Mane, Rick Ross, Meek Mill, and many others. She earned her first gold plaque for her contribution to R.Kelly's album Love Letter where she was featured on the track "Love Is". Another mixtape, Signed, Sealed, Delivered was released in June 2011. Recent messages on twitter from K.Michelle state that she will be releasing another mixtape entitled S.T.O.R.M - she has already released "Worst Man I Ever Had", "2Pac Back Freestyle" amoung many other tracks that are slated to be on the mixtape. On a recent youtube video that played the 2Pac Back/My Last Freestyle, it was stated that the mixtape would be released in july. However, on July 28 K. Michelle told one of her fans on tumblr that the mixtape would be dropping in August. While in college at Flordia A&M University she pledged into the Beta Alpha chapter of Delta Sigma Theta Sorority Inc.

K. Michelle released another song from her mixtape "Many Men" which she released on twitter. However, since that song was released - no info on a S.T.O.R.M release date have surfaced. K. Michelle has been working hard on her mixtape as she has been shown in pictures with famous songwriters and producers and has recently said on twitter that one of her new songs on the album will be entitled "Real Love". She also sent a message to R&B singer Monica over twitter saying there was a spot for her on one of the songs on the album. The album and the mixtape have yet to have release dates.

All Monsters Are Human

KIMBERLY: The People I Used To Know

Anybody Wanna Buy A Heart?