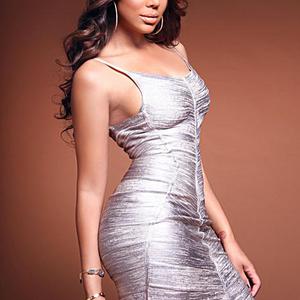 Tamar Braxton (pronounced Tay-mahr) (born March 17, 1978) is an American R&B singer. She is the youngest sister of Grammy Award-winning R&B singer Toni Braxton and was a singer of the now-defunct R&B group, The Braxtons. Braxton was born in Severn, Maryland to Michael and Evelyn Braxton. The youngest of the Braxton's six children, Tamar started singing as a toddler. Evelyn, herself an opera singer, recognized her children's talents when one day, Tamar, sang "Can you please get me some toilet paper!" Evelyn quickly started training her girls, and eventually enrolled them in singing lessons.

Braxton was born in Severn, Maryland to Michael and Evelyn Braxton. The youngest of the Braxton's six children, Tamar started singing as a toddler. Evelyn, herself an opera singer, recognized her children's talents when one day, Tamar, sang "Can you please get me some toilet paper!" Evelyn quickly started training her girls, and eventually enrolled them in singing lessons. The Braxton children also would eventually enter in their church choir, where Michael Braxton was pastor.

Brought up in a strict Christian household, secular music was initially frowned upon, causing the children to sneak and sing along to Soul Train when the parents were out of the house. They would soon start harmonizing, forming a girl group. Tamar says of this period "I was always the highest note." Her voice was in sharp contrast to her older sister's husky contralto. One day, A Toni was pumping gas at a local gas station while singing along, when she caught the attention of a producer. He heard her sing and was amazed, and decided to pull the five sisters into a group; he envisioned a female version of the Jackson 5. They released a single on Atlantic Records in 1990 as "The Braxtons," and caught the attention of producers Antonio "L.A" Reid and Kenny "Babyface" Edmonds. The two had just started a then fledgling record label, LaFace, with Arista Records. The guys passed on the group, as they had just signed a new trio named TLC, but they were looking for a solo female artist and loved Toni's voice. So the girls talked it over, and Toni decided to embark on her now famous solo career.

The sisters worked as backup singers for Toni (you can see them in Toni's video Seven Whole Days). Eventually, the girls (minus Toni) would release an album for Atlantic, to which the group was still signed, in 1996 entitled So Many Ways.

In 1999, Tamar first explored her gospel side on T.D Jakes Love Songs album. Later, Tamar would meet up with Christopher "Tricky" Stewart, a rapper/producer (also famous for bringing Blu Cantrell to national attention) based in Atlanta, Georgia. She recorded her solo debut album, Ridiculous, so named because of the many different musical styles on the album. The album would be retooled and released by Dreamworks as Tamar on January 18, 2000. It was lead in by the first single for the album, "Get None" with guest appearances by Jermaine Dupri and rapper Amil and featured the second single, If You Don't Wanna Love Me. The singles failed to gain significant radio & video airplay and ultimately the album didn't sell well, and Tamar was dropped from her contract,it is also worth noting that tamar proved that she could do the whistle register on money can't buy you love on tamar's deut album.

Tamar sang for the Kingdom Come soundtrack, with Toni Braxton appearing in the movie as Juanita Slocumb. Currently she sang background for Toni's album More Than A Woman (released 2002),and 2005 album Libra and resides in Atlanta. She also negotiated a new contract with Tommy Mottola's Casablanca Records, and is working to record a new album. She also sang backup in her sister Toni's famous headlining show in Las Vegas entitled, "Toni Braxton: Revealed" but has been replaced by singer Sparkle. She is currently working on a new album and her own record company with fiance, producer Vincent Herbert.