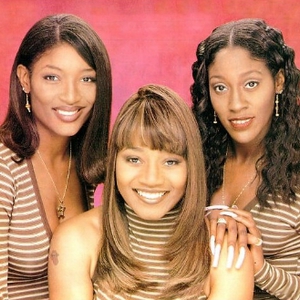 He was one of the main producers responsible for the making of their debut album, It's About Time, released in 1992. The album was certified double platinum within its first year of release. SWV's series of top 10 hits on the U.S. Billboard R&B chart made them one of the most successful and popular urban groups of the 1990s.

Their first single, "Right Here", was released in the autumn of 1992. It peaked at #13 on the R&B chart, but the hit follow-up single, "I'm So Into You", is what caused them to become a commercial force among urban fans. The two singles were followed by the biggest hits of their career, "Weak" and "Right Here/Human Nature" (a remix of their first single featuring samples of Michael Jackson's "Human Nature"). "Weak" became their only single to reach #1 on the Billboard Hot 100 singles chart where it stayed for 2 weeks while "Right Here (Human Nature)" peaked at #2. The fifth single, "You're Always on My Mind" was another top ten R&B hit.

In the spring of 1994, SWV contributed the old school radio version of "Anything", featuring Wu-Tang Clan to the soundtrack of the movie Above the Rim; it became another hit single. Their remix EP, The Remixes, was unleashed the same year and reached gold status by the end of the year. In the summer of 1995, they lended their vocals to Blackstreet's top 40 hit "Tonight's The Night".

The trio returned in 1996 with a sophomore album, New Beginning, and had another #1 R&B hit with the song "You're The One" and follow-up single "Use Your Heart" was a Top 10 R&B hit. The album was followed by Release Some Tension in 1997, which featured a bevy of guest appearances by rappers including Lil' Kim, Missy Elliott, and Sean "P. Diddy" Combs and Snoop Dogg. Later that year, they released a Christmas album titled A Special Christmas.

SWV released their first original album in 15 years, I Missed Us, in 2012 with the lead single "Co-Sign".