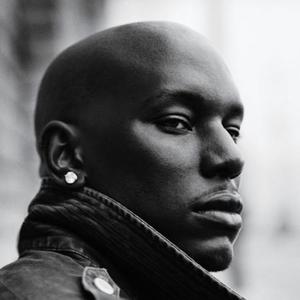 Gibson, who was once a member of a rap group called Triple Impact, released his self-titled debut music album, which went platinum, in 1998; his second album, 2000 Watts, shares the name of the organization he founded to help inner city children. Gibson was given the role originally intended for the late 2Pac Shakur in the 2001 film Baby Boy; the movie was a critical success and performed fairly at the box office. Gibson subsequently appeared in the 2003 box office success 2 Fast 2 Furious (opposite Paul Walker, with whom he formed a close friendship during filming), as well as Flight of the Phoenix (2004), Four Brothers (2005) and Annapolis (2006), co-starring James Franco. Gibson was picked as one of People Magazine's Sexiest Men of the Year in 2000.

Gibson has also established himself as a successful screenwriter, selling the pitches D.A. Verdict to MGM and Extortion to Universal Studios. In 2006, Gibson sold his first original spec script, To Each His Own, to Screen Gems. He is to star in and produce all of the films. Gibson has also created HQ Pictures, a television and film production company. He has hired Mike Le as VP of development & production to oversee and develop projects under the company's banner.

Gibson's latest film is Waist Deep, in which he plays a man fighting to rescue his son from kidnappers; his co-stars in the film, Meagan Good and Larenz Tate, are personal friends of Gibson's in real life. Like several of his previous roles, the film is set in an urban environment, but Gibson has said that he does not view the role as a ?step back?, rather seeing the film as taking ?another direction? due to some of its themes and action sequences. Waist Deep was released on June 23, 2006.

Gibson prefers his music career to acting, but will focus on both areas. His third album is called Alter Ego, and featured both R&B and hip hop songs. He used an alias, ?Black Ty?, for the rap tracks. Tyrese had a role in the Transformers movie, released July of 2007; the film's director, Michael Bay, had Gibson in mind for the role before he was cast, and thus Gibson did not have to audition for the part.

Tyrese's fourth and latest album Open Invitation was released on November 1, 2011 in the US. It was preceeded by the single "Stay" which peaked on U.S. Billboard R&B/Hip-Hop Songs at number 11. The second single "Too Easy" features Ludacris and was released soon after.

I Wanna Go There