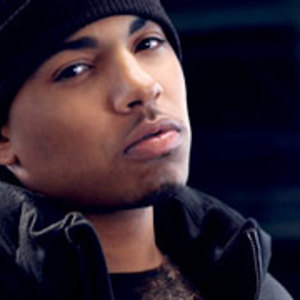 Sterling Simms (born July 7, 1982 in Philadelphia, Pennsylvania), is an American R&B singer-songwriter signed to Def Jam and One Recordings. His debut album Yours, Mine & The Truth was released in 2008 and featured appearances from The-Dream and Jadakiss. Sterling is a member of the production team Knightwritaz along with Mario and Marsha Ambrosius, who have written hit singles for Usher, Chris Brown and Jennifer Lopez. Sterling also sung the hook on the song Dig A Hole from Jay-Z's album Kingdom Come.

Sterling recorded his first song with his grandfather at the age of 6. His grandfather, a musician himself, introduced him to the sounds of Sam Cooke.

When he was 15, his mother moved the family of four children to Atlanta. There Sterling began to make the rounds with Dallas Austin, Jermaine Dupri and other music makers in the city. After a period struggling, Sterling began to focus on writing, putting his artist ambitions aside. Returning to Philadelphia, Sterling reconnected with Kenny Gamble.

Back in Atlanta, Sterling met up with producer Teddy Bishop, who liked the songs Sterling was working on. Bishop asked, "Who was the voice behind the songs?" At Teddy's prompting Sterling decided to pursue becoming a performer again.

He sang for Lyor Cohen, Kevin Liles and a group of other influential music executives, giving them Sam Cooke's "A Long Time Coming." They were impressed with Sterling and by this time Warner Bros and Atlantic were very interested in signing him.

While waiting for an offer, Sterling traveled to Miami with Bishop to the VMA's. Bishop played Sterling's music for industry veteran George Robinson. Robinson recognized his talent at once and convinced the partners of One Recordings to make Sterling their first release. Sterling signed with One Recordings in 2005 and began finishing his album.

Eventually a meeting was set up with L.A. Reid at Island/Def Jam. Two months later One Recordings signed a deal with Island/Def Jam to jointly release Sterling Simms.

Yours, Mine And The Truth