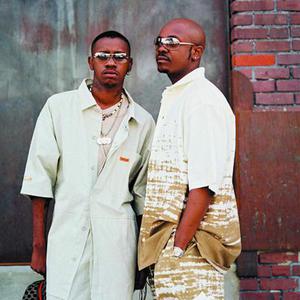 K-Ci and JoJo had a notable career with Jodeci, topping the R&B singles charts with such songs as "Stay", "Come and Talk to Me", and "Cry for You". In 1992, DeVante formed the Swing Mob, a group of artists, songwriters, and producers that took part in their later albums. Jodeci released three albums, but in 1996 the group went on an indefinite hiatus (the group never formally split up). Jodeci is credited with starting the musical careers of Missy Elliott, Timbaland, and Ginuwine.

K-Ci and JoJo's first sign of independence came in 1994 when K-Ci covered Bobby Womack's hit "If You Think You're Lonely Now" for the movie Jason's Lyric. Early in 1996, K-Ci and Jo-Jo teamed up for the song "How Could You" for the movie Bulletproof starring Damon Wayans and Adam Sandler.

By July 1996, K-Ci and JoJo finally had a hit on their hands as guest artists in 2Pac's number-one R&B hit "How Do U Want It". It also topped the Billboard Hot 100. The brothers made their side projects into a full album, Love Always. Released on June 17, 1997, the album spawned two top-ten R&B hits: "You Bring Me Up" and "Last Night's Letter". "All My Life" was the number-one song on the Hot 100 for three weeks, a feat that K-Ci and Jo-Jo had never achieved with Jodeci.Love Always went on to sell four million copies, and the success of the album put Jodeci's reunion on hold indefinitely.

The fourth K-Ci and Jo-Jo album, Emotional, was released on November 26, 2002, but failed to find commercial success. K-Ci and JoJo released a greatest hits album on February 8, 2005. They are believed to have teamed back up with DeVante Swing and Mr. Dalvin for a Jodeci reunion album.

All My Life: Their Greatest Hits