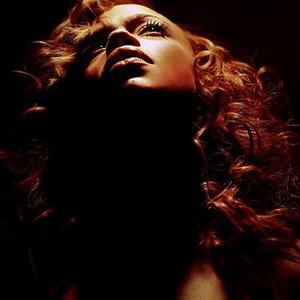 Faith Ren?e Evans (born June 10, 1973) is an American singer-songwriter, record producer, actress and author. Born in Coral Gables, Florida and raised in Newark, New Jersey, Evans moved to Los Angeles in 1993 for a career in music business. After working as a backing vocalist for Al B. Sure, she became the first female artist to be signed to Sean "Puff Daddy" Combs' Bad Boy Entertainment label in 1994, on which she released three platinum-certified studio albums between the years of 1995 and 2001.[1] In 2003, she left the label to sign with Capitol Records.[2]

Next to her recording career, Evans is widely known as the widow of New York rapper Christopher "The Notorious B.I.G." Wallace, whom she married in 1994 two months after meeting at a photoshoot.[3] The turbulent marriage led to Evans' involvement in the East Coast-West Coast hip hop feud, dominating the rap scene at the time, and ended with Wallace's murder in a yet-unsolved drive-by shooting in Los Angeles in March 1997.[4] A 1997 tribute single featuring Puff Daddy and 112, entitled "I'll Be Missing You," became Evans' biggest-selling hit to date and won her a Grammy Award in 1998.[2]

Also an avocational actress and writer, Evans made her big screen debut in the 2000 musical drama Turn It Up by Robert Adetuyi. Her self-written autobiography Keep the Faith: A Memoir was released by Grand Central Publishing in 2008.

Early life
Evans was born in Coral Gables, Florida in June 1973 to an African-American mother, Helene Evans, a professional singer.[2] Her father, Richard Swain, was a musician who left before Evans was born (Evans has said "I've heard people mumble something about him being Italian, but I don't know for sure").[5] A half year later, 19-year-old Helene returned to Newark, New Jersey and left Faith with her cousin Johnnie Mae and husband Orvelt Kennedy, the foster parents of more than 100 children they raised in the time that Faith lived with them.[2][4] It was not until a couple of years later, Helene's career floundered and she tried to take Evans back home. Faith, however, was scared to leave what she'd "been used to," and instead, Helene moved in next door.[2]

Raised in a Christian home, Evans began singing at church at age two, and at age four, she caught the attention of the congregation of the Emmanuel Baptist Church in Newark when she sang The Fifth Dimension's song "Let the Sunshine In."[6] While attending University High School in Newark, she sang with several jazz bands and, encouraged by Helene, entered outside pageants, festivals and contests, where her voice would be noticed and praised. "I was raised in a very, very Christian home", Evans told i-D magazine in a 1998 interview. "It was church, school, church, school. I could hardly go to the corner of my block. It was strict."

After graduating from High School in 1991, Evans attended Fordham University in New York City to study marketing but dropped out a year later to have daughter Chyna with music producer Kiyamma Griffin.[1] A couple of months later she moved to Los Angeles, where she worked as a backup vocalist for singer Al B. Sure, when she caught the ear of musician Sean "Puff Daddy" Combs. Impressed with her persona, Combs signed her as the label's first female artist to his Bad Boy Entertainment in 1994.[1]

1995?2000
Newly signed to Bad Boy, Evans was consulted by executive producer Combs to contribute backing vocals and writing skills to Mary J. Blige's My Life (1994) and Usher's self-titled debut album (1994) prior to starting work on her debut record Faith.[7] Released on August 29, 1995 in North America, the album saw her primarily collaborating with Bad Boy's main producers The Hitmen, including Chucky Thompson and Combs, but also spwaned recordings with Poke & Tone and Herb Middleton. Faith became a hit based on the singles "You Used To Love Me" and "Soon as I Get Home". The album was certified platinum with over a million copies sold, according to RIAA.[8]

Following Biggie's murder in March 1997, Puff Daddy helped get Evans out of her gloom to record a tribute song titled "I'll Be Missing You". The song, which featured Puffy, Evans, and Bad Boy Records group 112, reached the top spot on the Billboard Hot 100 singles chart in 1997 and stayed there for eleven weeks. The song won Puffy and Evans a Grammy Award for Best Rap Vocal Performance by a Duo or Group.

After marrying Todd Russaw and having a third child, named Joshua, Evans released her long-awaited follow-up, Keep the Faith in 1998. Unlike the solemn approach to her first album, this album spoke of optimism, good times, and love. Among its biggest hits include the Chic-sampled track "Love Like This" (#7 US), the P. Diddy helmed "All Night Long" (#9 US), and Babyface lent her a number-one R&B hit song with "Never Gonna Let You Go". Outside of her own albums, Evans found another hit that year with Whitney Houston and Kelly Price on the song "Heartbreak Hotel". That album went certified Platinum as of July 1999.


2001?2005
Evans released her third album, 2001's Faithfully, which included the hit singles "You Gets No Love" (#8 R&B) and "I Love You" (#2 R&B). For the album's promotion, Evans went through a transformation in her physical appearance. Always a slightly full figured woman, Evans shed over fifty pounds and presented a sexier image that was present for the videos to "I Love You" and "Burnin' Up". Fatman Scoop also sampled her vocals on the song "Be Faithful" in 2003, which reached number one in the UK. Although the album wasn't as largely promoted as her first two, it was a moderate success. The album was certified platinum in January 2002, with over 1 million units sold.

In 2004, Evans and her husband Todd Russaw made negative headlines in January 2004 when they were arrested due to drug possession, driving under the influence, and improper vehicle tags.[9] The couple was fined, sentenced to three years' probation; and ordered to attend rehab for 13 weeks.[10][11][12] Evans later incorporated this ordeal into the lyrics of "Again", the first single released from the album The First Lady.

Evans rebounded with a record that many of her fans have proclaimed as her strongest record to date, The First Lady (released on April 5, 2005) her Capitol record debut album. After finding success with her Twista collaboration, "Hope", Evans released her first song of new material in three years with "Again", a biographical account of her life struggles (its second verse mentioned the 2004 drug incident). Faith recorded "Say A Prayer" with gospel music star Donald Lawrence on his "I Speak Life" album in 2004. The First Lady came out commemorating her tenth anniversary in the industry and her first record on Capitol Records after leaving Bad Boy in 2003. With the help of "Again" reaching the top ten of Billboard's Hot R&B/Hip-Hop Singles & Tracks chart, and appearances on David Letterman, BET, Later... with Jools Holland and MTV the album entered the Billboard 200 at number two with 160,000 copies sold in its first week, marking the largest first-week total of her career. The First Lady was RIAA certified Gold selling over 600,000 copies to date. The second single, "Mesmerized", saw Faith going with a 70's retro-funk soul vibe. The track failed to crack top fifty R&B despite numerous remixes; however a dance remix by the Freemasons went on to hit number one on the Billboard Hot Dance Club Play chart.

At the end of 2005, Evans released her fifth studio album, A Faithful Christmas, a Christmas collection of new material and covers of seasonal classics. She also made lots of appearances on holiday TV programming. In early 2006, Faith Evans' third single, "Tru Love" (produced by Jermaine Dupri and Bryan Michael Cox), gradually gained ground on urban/urban AC radio without any assistance from her label since they never promoted (sent to radio) or had a video for "Tru Love", becoming her twelfth solo R&B hit (Top 30). Also in 2005, Evans appeared along with Jessi Colter and Cece White as a feature vocalist on the Shooter Jennings song "Southern Comfort" from the album "Put the O Back in Country".


Personal life
Prior to Faith Evans meeting and having a relationship with The Notorious B.I.G. she was involved in a relationship with Kiyamma Griffin. She and Griffin had a daughter named Chyna, who was born April 1, 1993. Evans then married The Notorious B.I.G. (Christopher Wallace) on August 4, 1994.[3] The marriage was turbulent as B.I.G. reportedly had affairs with Lil Kim and Charli Baltimore. But the two did reunite and their son Christopher Wallace, Jr., (who plays his father ages 10?13 in the 2009 biopic Notorious), was born on October 29, 1996; five months later, Wallace was murdered in a California drive-by shooting. The case, as of 2009, still remains unsolved. In summer 1997 the Bad Boy Records tribute to Wallace "I'll Be Missing You" dominated charts worldwide. In February 1998 Evans, Combs, and 112 won a Grammy award for their work on the recording.

In Faith Evans' autobiography, Keep the Faith: A Memoir, she states "Biggie and I had known each other for barely two months. And we were now married. I don't know where the legend of us getting married after nine days comes from. Granted, two months isn't a long time, either. But unlike what's been printed so many times, we didn't get married nine days after we met."


Autobiography
Evans released her biographic book called Keep the Faith: A Memoir on August 29, 2008. It detailed the highs and lows of the singer's life, but also shed light on Evans' controversial relationship with her late husband, the Notorious B.I.G. "I want people to understand that although he was a large part of my life, my story doesn't actually begin or end with Big's death. My journey has been complicated on many levels. And since I am always linked to Big, there are a lot of misconceptions about who I really am. It's not easy putting your life out there for the masses. But I've decided I'll tell my own story. For Big. For my children. And for myself."[14]

I Deserve It (CDS)