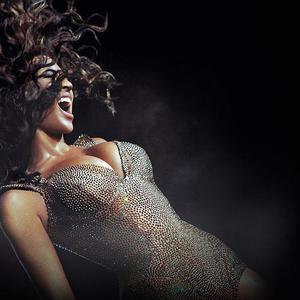 Beyonc? (born Beyonc? Giselle Knowles, September 4, 1981) is an American pop/rnb singer, songwriter, record producer, actress and model. Beyonc? was named Billboard's Top Female Artist of the 2000s in February 2009 as well as their Artist of the Millennium in May 2011. She was the RIAA's top certified and best-selling overall artist of the decade and the NRJ Music Awards also awarded her as their Artist of the Decade in France.

She is one of the most influential artists of the century with record sales surpassing 130 million. She holds the record for the most viewed female viral video of all time with Single Ladies (Put a Ring on It) which has views of 600+ million.

Born and raised in Houston, Texas, Beyonc? began performing in local competitions at age 7, eventually forming the group Girl's Tyme in 1990 with help from her parents. Girl's Tyme became Destiny's Child in 1997.

During the hiatus of Destiny's Child in 2003, Beyonc? released her debut solo album, Dangerously in Love, which became one of the most successful albums of that year, and signaled her viability as a solo artist. The disbanding of Destiny's Child in 2005 facilitated her continued success: her sophomore solo album B'Day, released in 2006, debuted at number one on the Billboard charts. Her third solo album, I Am? Sasha Fierce, was released in November 2008, and in 2009 she received 10 Grammy Awards nominations. On January 31, 2010, she won 6 Grammy Awards, breaking the record for most Grammy awards won by a female artist in one night; she previously held the record of five awards with 5 other artists.

Beyonc? began her acting career in 2001, appearing in the musical film Carmen: A Hip Hopera. In 2006, she starred in the lead role in the film adaptation of the 1981 Broadway musical Dreamgirls, for which she earned two Golden Globe nominations.

Beyonc? launched her family's fashion line, House of Der?on, in 2004, and has endorsed such brands as Pepsi, Tommy Hilfiger, Armani and L'Or?al.

In 2009, Forbes listed Beyonc? fourth on its list of the 100 Most Powerful and Influential Celebrities in the world, third on its list of the top-grossing musicians, and number one on the list of top Best-Paid Celebs Under 30 with over $87 million dollars in earnings between 2008 and 2009.

Die With You (CDS)