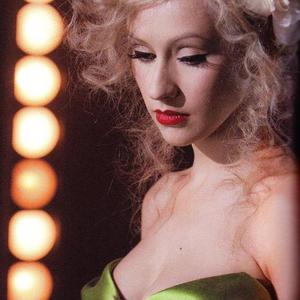 Christina Maria Aguilera (born December 18, 1980 in Staten Island, New York, United States) is an accomplished pop and rnb singer who debuted in 1998 with the song Reflection for the soundtrack to the Disney film, Mulan. She has since become one of the biggest female recording artists of the last decade, selling over 100 million records worldwide. Her work has earned her numerous awards, including four Grammy Awards and one Latin Grammy Award, amongst eighteen nominations. She has achieved five #1 singles on the Billboard Hot 100 chart, as well as two #1 albums in the United States.

Aguilera is best known for her vocal ability, music videos, and ever-changing image. She includes themes of dealing with public scrutiny, her painful childhood, and female empowerment in her music. She has also dedicated much of her time as a philanthropist for charities, human rights and world issues. In 2009, she was named the Ambassador Against Hunger for the World Food Programme.

On November 19, 2005, Aguilera married music management executive Jordan Bratman. On January 12, 2008, she gave birth to their son, Max Liron Bratman. His name translates to "our greatest song" in Hebrew.

In late March 2010, after nearly two years of not releasing any music, Not Myself Tonight premiered. The album Bionic was released on June 8, 2010.