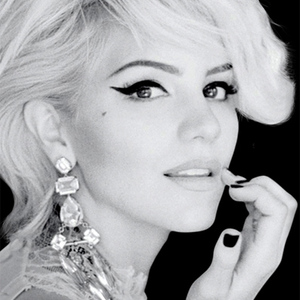 Katharine Hope McPhee (born March 25, 1984) is a pop singer, songwriter, actress, model, and television personality from Los Angeles. She gained fame as a contestant on American Idol in 2006, finishing as the runner-up. Her Idol single, Somewhere Over The Rainbow / My Destiny, was released June 27, 2006 through RCA Records. "Somewhere Over The Rainbow" peaked at #12 on the Billboard Hot 100 and "My Destiny" peaked at #60.

32 weeks following its release, the single had climbed to #4 on the Billboard Hot Singles Sales charts. It was the second highest bestselling single of 2006 after Taylor Hicks' "Do I Make You Proud." The single remained on the chart for more than 58 weeks.

McPhee's self-titled debut album was released through RCA Records on January 30, 2007 and debuted at #2 on the Billboard 200. It also sold 116,000 copies in its first week. The album's first single, "Over It," was a Pop Top 30 hit and certified gold in 2008. Its second single, "Love Story," was released May 22, 2007, but failed to chart. On January 11, 2008, it was reported by Billboard.com that McPhee had been released from her RCA Records contract; a spokesperson for the label stated, "She is going to record her next album on her own." She ended up signing a new record deal with Verve Forecast Records (part of the Verve Music Group under Universal Music Group), which was announced on January 27, 2009.

McPhee has also established an acting career; she co-starred in The House Bunny in 2008 as the hippie sorority sister Harmony. She will also be co-starring in the upcoming NBC series Smash. On June 9, 2011, it was announced that she had signed a new record deal with Columbia Records, in conjunction with Columbia teaming with NBC to distribute the music for Smash.

I Fall in Love Too Easily

Christmas Is The Time To Say I Love You

I Lost You / Dangerous (CDS)