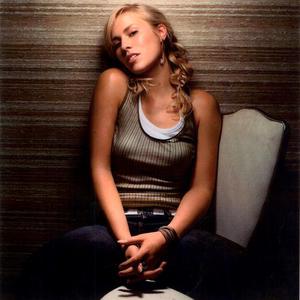 Natasha Bedingfield (born November 26, 1981) is a British pop singer, and sister of pop singer, Daniel Bedingfield. She also has a younger sister, Nikola Rachelle. Her debut single, "Single", was released in 2004, followed by the worldwide hit "These Words", which charted at #1 in the United Kingdom. She also released "Unwritten" and "I Bruise Easily" from the album, both of which were top 20 hits. Her debut album Unwritten went triple platinum in the UK, and has since found huge success in the USA.

Natasha's single "Unwritten" was featured in the movie "The Sisterhood Of The Travelling Pants" and many different television adverts. It also served as theme song for the hit MTV reality series "The Hills."

Natasha has just released her second album, N.B. and the lead single is the hit, I Wanna Have Your Babies.

Her latest offering ?Say It Again', the third single to be taken from her critically acclaimed chart topping second album 'N.B', is no exception to this rule. Natasha Bedingfield co-wrote ?Say It Again' with Adam Levine (Maroon 5), and co-produced it with Mike Ellizondo (Dr Dre, Alanis Morisette). An uplifting song about falling for that elusive one, 'Say It Again' is reflective yet upbeat, and romantic without being saccharine sweet.

Natasha regularly contributes to YouTube as "uknatashabedingfield".
Another song that has gotten international acclaim is pocketful of sunshine. DSTV has used it for promoting their station.