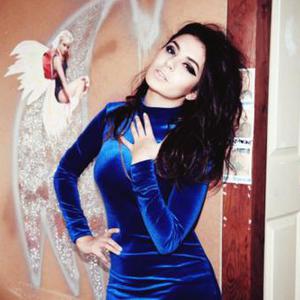 With an abundance of emotive dark pop songs, and backed by a growing army of top producers and worldwide fans, Charli is not like your run-of-the-mill musician. Earlier this summer, Charli released ?Stay Away'. Co-written and produced by Ariel Rechtshaid (Glasser, Diplo), it is as knock-you-to-the-floor as first introductions come. A massive anthem that combines all the majestic bluster of the 80s with distinct post-millennial production, it's an epic and heart-wrenching addition to pop's cannon about ?unrequited love and being tainted by someone so you can't be around them any more?.

And this is only the tip of the forthcoming album's iceberg as Charli is set to unveil another taste of what's to come with ?Nuclear Seasons' set for release at the end of November.

Created over the last year in London, LA and Sweden with a small team of producers (Ariel, Patrik Berger, Jocke Ahlund), Charli XCX's debut album will be unveiled early next year. If the vast majority of her peers might lack ideas, Miss XCX has more than enough to go round. ?I have a vivid imagination. Whenever I work I pull from visual references, whether it be club kid fashion, my own dreams or flashes of certain colours and lights. I want to build worlds within my music and like to create a tension between vulnerable childhood innocence and knowing darkness''

Charli's not just sought after for her music though; she's been muse to both Rankin and David Bailey already. ?Bailey was cool but so scary? she remembers. ?He said ?you've got a lovely voice, but your trousers are fucking shit'.

Playing in bands since the age of seven, Charli's long had music coursing through her veins. She recorded her first album at 14 with a loan from the bank of mum and dad and she's only just paid them bac. It did the trick though attracting attention from the right London scenesters and bagging her gigs at warehouse raves across Hackney. A support slot with Peaches followed soon after and before she knew it she was playing the Royal Festival Hall and returning to Bestival last year as a resident (following in Florence's footsteps). She's supported Robyn at the Roundhouse and is playing a single launch at Electrowerks at the end of October. She currently attends the Slade School of Art and runs a regular club night called ?Shut Your Pretty Mouth'.

All of this only at the age of 19, expect big things from this Goth-pop starlet.